The Songs That We Sing 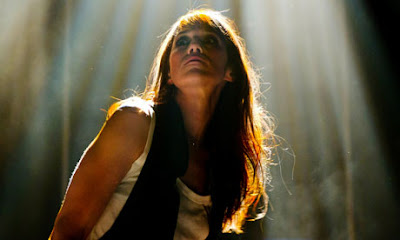 Known here primarily as an actor, Charlotte Gainsbourg is a platinum-selling pop star in her native France, having recorded her notorious debut hit, the inflammatory 1985 duet Lemon Incest, with her father and national icon Serge, when she was just 12 years old. Artists have been keen to work with the fruit of Serge’s lascivious loins ever since. Her 2006 album 5:55 saw her collaborate with Air, Jarvis Cocker and Neil Hannon; and last year’s IRM was almost entirely written and produced by Beck.

Beck’s degree of artistic control over that project has inevitably led to comparisons with the artist-muse relationship enjoyed by Serge and his wife Jane Birkin, but their offspring appears very much her own woman. In leather trousers and waistcoat, Gainsbourg looks every inch the elfin Gallic rock chick as she mooches around stage between her five-piece band. Like her mother’s, Gainsbourg’s singing is breathy and sometimes flat, but she has charisma in spades. Live, she transforms the typical Beck mix’n’match musical collage of the IRM album into propulsive rock songs.

Her understated charm is particularly effective on the title track, a song about the MRI scans she underwent after suffering a cerebral haemorrhage caused by a 2007 water-skiing accident. She plays a strangely eclectic set, veering from a husky croon through Dylan’s Just Like a Woman to the T.Rex-lite glam stomp of Dandelion, yet it always holds the attention. The crowd, packed with expats, whoops when she closes with two Serge covers, L’Hôtel Particulier and Café Couleur, but Charlotte Gainsbourg escaped her father’s illustrious shadow long ago.

Thin white strips of light provide the back drop for Charlotte Gainsbourg as she takes to the stage for this rare UK live show, part of an even rarer European tour. Between the strips are monitors, intermittently projecting scanned images of the human skull and brain, a timely reminder of what the waif-like figure standing centre stage has been through to reach this point.

Charlotte Gainsbourg has had a varied career, performing as both an actress in films such as Jayne Eyre and 21 Grams as well as recording three albums, the most recent of which has seen her working with Californian genre-melder Beck. It is that album, the deftly sublime ‘IRM’ that tonight’s show leans most heavily on tonight.

Released earlier this year, ‘IRM’ tells the tale of Gainsbourg’s brush with death (IRM being the French acronym for MRI) following her recovery from a brain haemorrhage in 2007. Whilst this provides a strong narrative spine for tonight’s show, it is by no means a morbid exploration of deathly near misses, rather more a sultry and tempered celebration of life. This much is clear as Gainsbourg and her band of hired hands rattle through IRM’s greatest moments such as ‘Time Of The Assassins’ and ‘In The End’ to a warm and appreciative audience.

Working with Beck sits well with Gainsbourg and the results of his work are made audible by the introduction of older material from the 2006 album ‘5:55’. These older songs are by no means weak but they sit very comfortable in the seat of what you’d expect a beautiful French actress and singer to be performing. Breathy and longing, they border on parody but ultimately rest on being a sort of artsy post-coital soundtrack. Either way, the older material certainly signals a slump in tonight’s proceedings.

Much of ‘IRM’ maintains a similar aesthetic but by mixing in some musical ingénue and interesting electronic sounds elevates proceedings to something much more engaging. ‘Trick Pony’ is a dark, garage rock stomp, all tied up tight and ready to burst out at any minute whilst ‘Greenwich Mean Time’ is a playful, off-kilter alternative to the brooding waltz of ‘Vanities’. Together these songs weave into one another to create a blanket of cool, airy angst.

“Thank you ever so much for coming” says Charlotte in her cut glass English accent (though she does often forget to speak English, chatting to her band in their native French). “I feel very lucky to have worked with people such as Beck and Air, however I also have a wonderful repertoire to run through: that of my Father’s”. A heavy and intense rendition of Serge Gainsbourg’s ‘Sorry Angel’ is then followed by a cover of Bob Dylan’s ‘Just Like A Woman’.

Whilst Charlotte Gainsbourg might be indebted to her past and her family (her Mother, Jane Birkin is clamoured over in the foyer of the venue) but at this juncture in her career Gainsbourg shines brightest as a musician. ‘IRM’ is destined to become one of the years best albums and as the brilliant ‘Heaven Can Wait’ chimes to a finish you can only hope her fruitful working relationship with Beck continues.

The quietly assured Charlotte Gainsbourg has been working with American maverick Beck on her album IRM.

‘I don’t think I’m an artist,” says Charlotte Gainsbourg, tilting her head with a quizzical seriousness, the flat Anglo-French of her accent adding a kind of philosophical gravity to her words. “I don’t have my guts to put out. I really feel that I’m under someone else’s command, willing to be manipulated, like a piece of clay, that’s what I like. To have, sorry, les barrier? To have restraints. And to find my own space inside all those barriers.”

Talking to the willowy Gainsbourg in an elegant restaurant, cutlery clinking, sunlight dappling the cream tablecloth, it is easy to imagine you are a character in a French film, discussing art with a beautiful, slightly neurotic woman. It’s certainly the kind of role Gainsbourg has played before. “There’s nothing artistic about that, to me,” she says, casually dismissing her entire acting career. “Or anyone can be artistic then, because I really think anyone can act in a film. And anyone can sing.”

The 36-year-old is preparing for her debut live performance in London (at the O2 Shepherd’s Bush Empire, next Tuesday 22nd), on her first ever tour.

“I don’t have enough experience live,” she says, recalling recent promotional dates in America with disarming candour. “I was so focused on the panic I had for not forgetting the words, I didn’t find any freedom. You feel very naked when you go live. You have no protection. I’m looking forward to it.”

“It doesn’t sound like something you should be looking forward to,” I suggest.

“The excitement and the fear, its very strange but it does push you to do it,” she replies.

I ask if she is attracted to transgression. “In good company, yes,” she says, cheerfully. “But it’s not really, how do you say voluntaire? It’s not something that I look for. But to push myself, yes, to transgress my own limits, yes, I love that idea.”

The very first we ever saw of Charlotte was as a 13-year-old, semi-naked, by her shirtless father’s side, purring along to one of his most blatantly provocative pop songs, ’Lemon Incest’. “I don’t think I understood the provocation,” she says. “Because I knew my father, of course I sang on it, but I wasn’t shocked by it at all.”

At 15, her father wrote and produced her debut album of Lolita-esque pop, ’Charlotte For Ever’. “I went into the studio for five minutes and it was over. Of course, it was a wonderful experience for me to be directed by him but I had nothing to say.” She focused, instead, on her fledgling acting career, and didn’t return to making music until 2006, with ’5:55’, an album written for her by French duo Air with lyrics by Jarvis Cocker. The subject of music seems rather fraught, tied up with her complicated relationship with her father, who died in 1991, when she was nineteen. “I had a very weird relationship to music when he died – everything became very painful. Its because he’s not here anymore that its so difficult for me, because I have to deal with the loss, and he’s there all the time. I can hear his music, all the lyrics, I hear any word, it’s a reference to a song of his. I think that’s the main reason I chose to sing in English. I needed a little bit of distance.”

This year, she released an album written and produced by maverick American wizard Beck. The title, IRM refers to the French acronym for a Magnetic Resonance Imaging scanner. Gainsbourg underwent treatment for a brain haemorrhage in 2007, after a skiing accident, and fell in love with the noise inside the scanning machine. “The sound was driving me somewhere, it was some kind of an escape, there was more poetry inside that for me than just the clinical aspect.” She asked Beck to recreate that experience as music. The quite brilliant album, while contemplating matters of life and death, is not a morbid affair. “It wasn’t a pessimistic introspection, it was all ups and downs, and so we used everything. I didn’t try to camouflage my feelings.”

But then, since she is neither musician nor songwriter, the obvious question is whether this is really her album, or Beck’s? “It’s Beck’s,” she says, without hesitation. “I hope I inspired him. But he wrote everything.”

Gainsbourg is a curious creature, very composed, quietly assured, yet also tentative and self-deprecating. She is ultimately impossible to pin down, as if the only thing that is certain about her is her own uncertainty. It is a characteristic, I suppose, that lends itself to drama and, indeed, to music, albeit essentially as a vehicle for the creativity of others. “I don’t analyse why I do it, I just want to do it. I get a lot of pleasure out of it, even though its not all to do with pleasure. I don’t consider myself a singer and I don’t really want to analyse why or wherefore. I put enough weight on my shoulders because of my father, so I don’t really want to bother about if its legitimate or not. I’m just able to do it, so I feel lucky.” 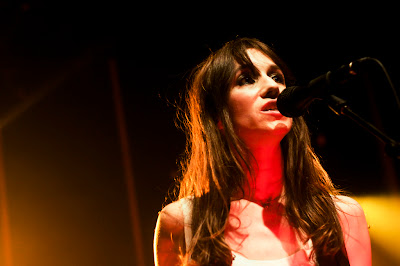 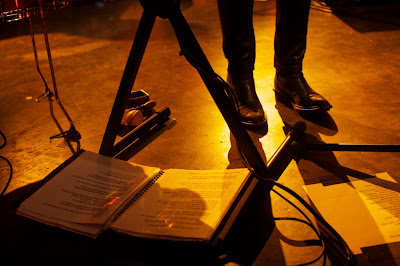 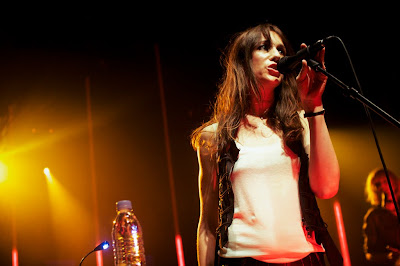