The actress returns to Cannes to debut Ismael’s Ghosts.

By Julie Miller, Vanity Fair, May 17 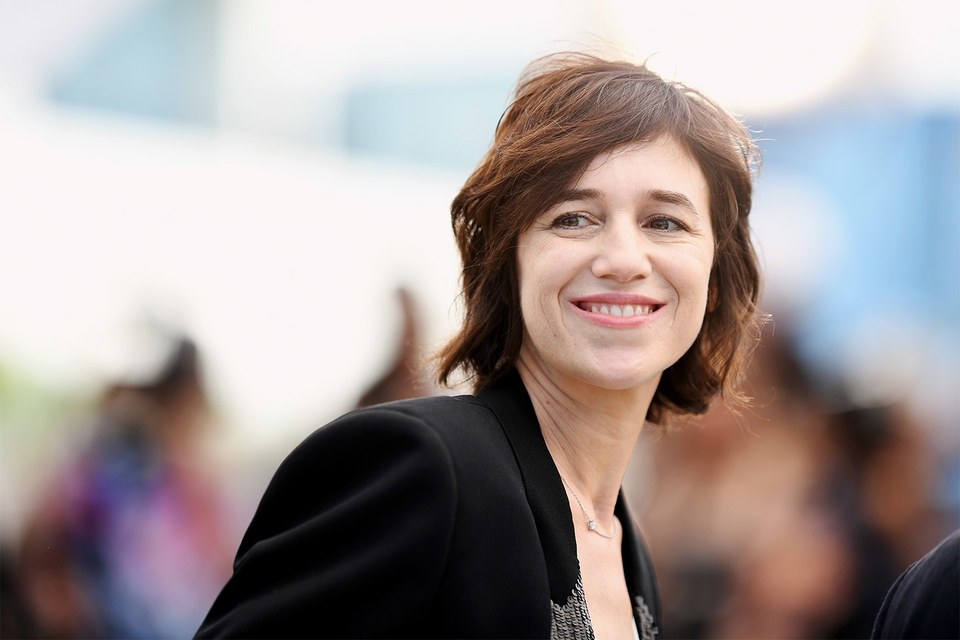 Charlotte Gainsbourg has attended the Cannes Film Festival in a number of different capacities during her three-decade career: as actress, prize winner, presenter, jury member, provocateur, and innocent bystander to one of the 70-year-old fest’s most controversial moments. But Gainsbourg has such deep roots at Cannes—her parents, the French singer and filmmaker Serge Gainsbourg and the English actress and singer Jane Birkin, were regulars in the late 60s and 70s, bringing their inimitable cool to the Croisette—that Gainsbourg’s first Cannes memory predates her acting debut.

“My mother was premiering a film called La Pirate,” Gainsbourg told Vanity Fair on Wednesday, referencing the 1984 lesbian romance directed by Birkin’s partner at the time, Jacques Doillon. “That film was booed from the very beginning credits.”

“At that time my mother was living with the director, so it was a heavy, heavy experience,” Gainsbourg said of the fallout. “I don’t know why they were so nasty—when you whistle and boo at the opening credits, that means something. I don’t know why it happened, but it was a traumatic experience for her.”

Just 13 at the time, Gainsbourg realized that the Cannes Film Festival could be “brutal and a nightmare.”

Rather than steer her daughter away from the potential for similarly unkind receptions, Birkin pushed Gainsbourg into acting. By 14, Gainsbourg had won a César Award for “Most Promising Actress” for L’effrontée; starred in a controversial film about an incestuous relationship made by and co-starring her own father; and been called onstage at Cannes to open the festival opposite 94-year-old actor Charles Vanel.

Despite those early successes, Gainsbourg always remembered her mother’s heartbreak at Cannes. And when it came time for Gainsbourg to debut Antichrist in 2009, the provocative Lars von Trier psycho-horror film, Gainsbourg prepared herself for the worst.

“I thought before Antichrist that it would be a horrible screening with people shouting and throwing things,” Gainsbourg recalled with a smile. “I was kind of disappointed because it was so calm and respectful and easy.”

Some outlets reported that critics reacted as Gainsbourg expected in press screenings, with supposed walkouts and even audience members fainting during the film’s graphic scenes depicting sadomasochism. But as Gainsbourg recalled, the premiere audience was actually “quite restrained.” And instead of critical disaster, Gainsbourg went on to win the festival’s prestigious best-actress award for her performance. 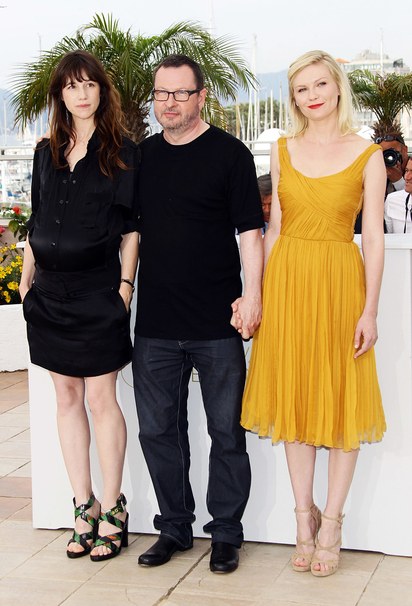 In 2011, though, Gainsbourg got a taste of true Cannes controversy surrounding another Lars von Trier film, the masterpiece Melancholia. Flanked by Gainsbourg and Kirsten Dunst, the Danish filmmaker went on a strange, meandering monologue about Jews and Germans, before joking about how he understood Hitler—a statement which understandably incited Internet outrage.

“I think it was a pity for Lars because he was showing a great film,” explained Gainsbourg. “I had the impression that he sabotaged himself. He didn’t do it on purpose, of course. Somewhere there was this idea it was all going too well. He’s like that.”

“But people didn’t react [in the room],” she continued. “I didn’t react strongly when it happened. Nothing happened during the press conference, and it was only when America woke up that people started saying things. . . But it was terrible and a bad joke.”

Gainsbourg was also a jury member in 2001—a role for which she did not feel particularly suited.

“It was a lot of work, and I didn’t feel that I was [qualified] enough to judge films,” she said. “I was a little uncomfortable. . . It was wonderful to be able to see all these films, but then to have arguments to defend things that I just naturally liked and spontaneously liked—I wasn’t comfortable with that.”

Compared to Gainsbourg’s previous experiences, the concept of opening the festival—as she does Wednesday—with an out-of-competition drama sounds positively zen. The French curtain raiser, Ismael’s Ghosts, is from Arnaud Desplechin and features Mathieu Amalric as a filmmaker whose former lover (Marion Cotillard) returns just as he is about to make a movie.

“It’s a privilege just to be here and show the film,” Gainsbourg said, observing the pre-festival calm below from a rooftop lounge on the Croisette. “It’s nice not to be judged because we’re not part of the competition. We just feel welcomed, which is always nice.”