Trending
You are at:Home»Balenciaga»Eternal ingénue: Charlotte Gainsbourg on her latest stylish role (The Independent)
By Aurélie M on 9 juillet 2011 Balenciaga, Balenciaga Paris, Interviews in english 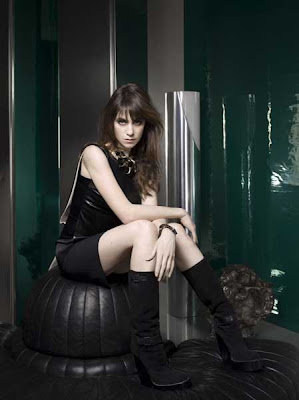 Interview by Bethan Cole, Saturday, 9 July 2011
The daughter of Anglo-French musical royalty, Charlotte Gainsbourg was destined to be a performer – and now she’s in the hottest arthouse film of the year. So what does the actress and singer have to be shy about?
Gainsbourg says: