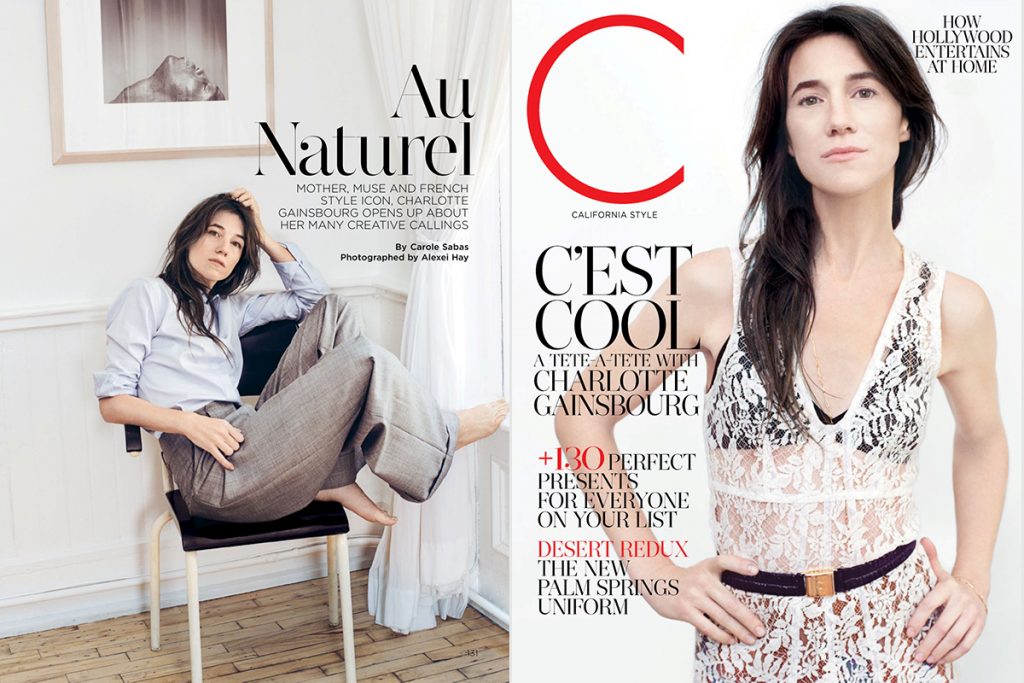 Mother, muse and French style icon, Charlotte Gainsbourg opens up about her many creative callings.

The term “fashionably late” takes on a whole new meaning when it applies to Charlotte Gainsbourg.

It’s a crisp fall morning in New York’s West Village, and the chanteuse and actress is running a few minutes behind for our meeting at Hamilton’s Soda Fountain cafe. Wearing a pair of her favorite Notify jeans, a pumpkin-colored cashmere sweater and one of her classic Balenciaga fitted tweed blazers, the milky-skinned Gainsbourg slithers between tables, offering a warm smile. 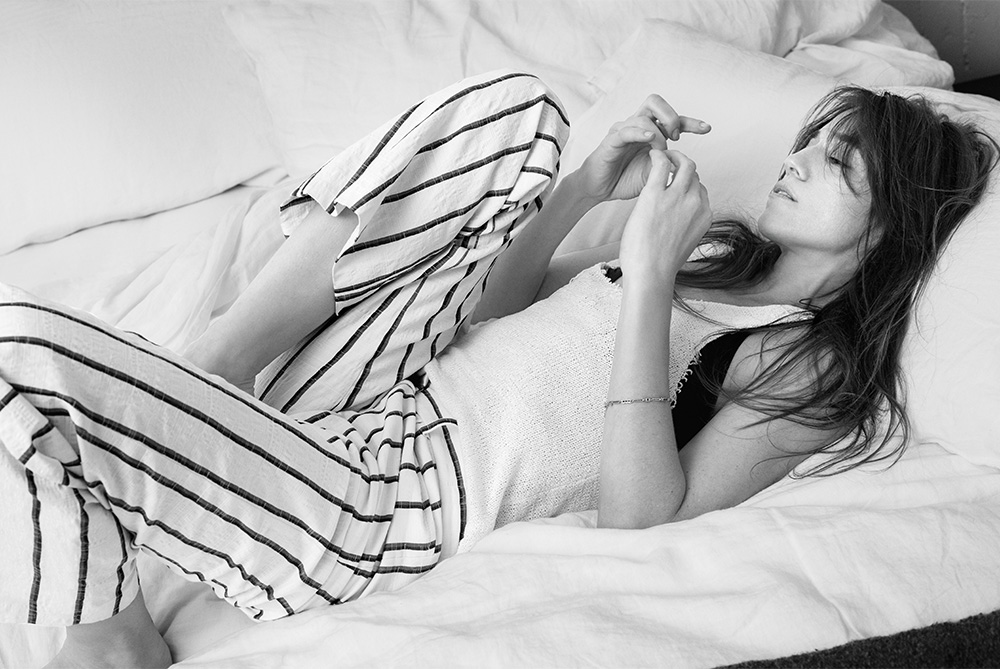 It’s easy to see why she is often viewed as the modern-day embodiment of French elegance. Unlike her more polished counterparts (family friend and France’s former first lady Carla Bruni, for example), Gainsbourg has perfected the insouciant, just-rolled-out-of-bed-and-threw-this-together look. “I still don’t know how to sell myself, and that’s OK,” she admits. Earlier this year, she launched a capsule collection of personal favorites (including classic button-downs and shrunken leather jackets) with L.A.-based Current/Elliott, and she has been a muse and friend to designer Nicolas Ghesquière for more than 16 years—a relationship that has also helped her to achieve a record of flawless red carpet appearances. “I just finished filming four movies in a row,” she says (implying many forthcoming step-and-repeats). “[Right] now, I’m enjoying my kids and gathering my thoughts.” 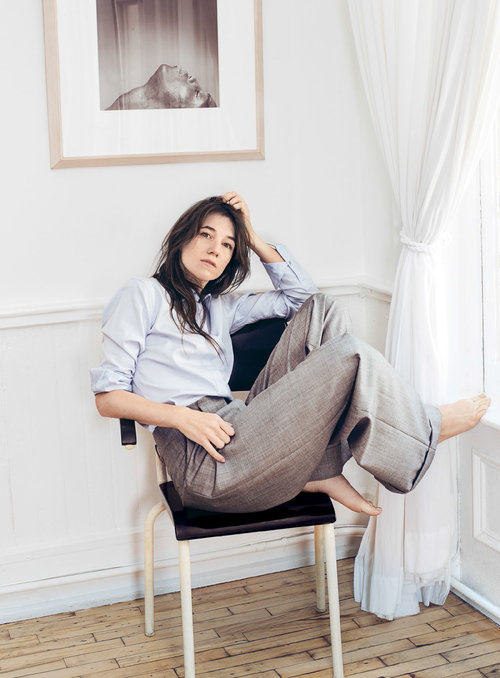 Gainsbourg’s apparent idleness fuels her imagination—it’s a vital time for her artistically curious old soul, which she inherited from her parents. Her father is the late music icon Serge Gainsbourg, the unchallenged patron saint of French provocateurs, and her mother British actress, singer and quintessential “it girl” Jane Birkin. Born in London in 1971, Gainsbourg was raised in Paris with half-sisters Kate Barry and Lou Doillon from her mother’s side. It was her father who first coaxed a then-12-year-old Charlotte to record the duet “Lemon Incest” on his album, marking a scandalous beginning to her singing career.

Like her mother, Gainsbourg was also born to be an actor, first evidenced with her 1984 role in the film Paroles et Musique alongside Catherine Deneuve. Despite accolades including César Awards (France’s “Oscars”) for Most Promising Actress in 1985 for L’effrontée and later, in 2000, Best Supporting Actress for the film La Bûche—not to mention a Cannes Film Festival Best Actress award in 2009 for Antichrist—she has no desire to “make it” in Hollywood. “It’s not a goal of mine,” she says. Instead, she welcomes scripts from cerebral European auteurs she admires. This self-selecting approach pays critical dividends: She’s transitioned between American dramas (21 Grams), whimsical art-house flicks (The Science of Sleep), and Lars von Trier’s tortured, psychological sex tales, including the aforementioned Antichrist and Nymphomaniac I & II. 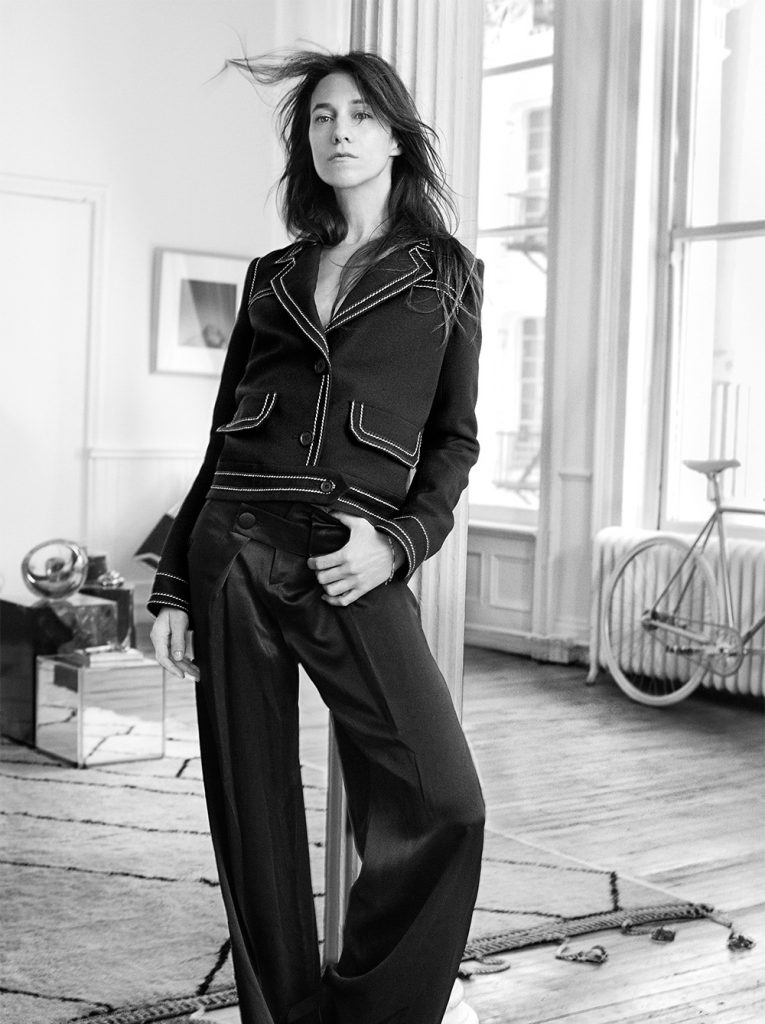 Offscreen she has morphed into a cheerful, doting mom, building a strong family story with her partner of 23 years, actor and director Yvan Attal (they have three children together, ages 17, 12 and 3). The couple met on set in 1991, and worked together on films including My Wife Is an Actress (2001) and Happily Ever After (2004).

Despite Gainsbourg’s professional and personal successes, she still exhibits deep feelings of loss for her father, who passed away suddenly from a heart attack in 1991. He was her mentor, both in life and in music (in 1986, she collaborated with him on her debut album, Charlotte for Ever), and it wasn’t until 15 years after his death that she was ready to embrace new music projects for the first time without his blessing. “[He] was putting the bar so high that it was hard for me to dare going there,” she says. “I realized recently that I just need to relax—make it a bit less dramatic. It’s not about being genius, or having a divine gift. I’m starting to understand that [creating music] is less abstract; more simple than what I had imagined when I was younger.”

In 2006, she released the album 5:55 with the help of the French duo Air, followed by a collaboration with Beck titled IRM (2009)—named for the French acronym for an MRI (she had experienced a cerebral hemorrhage, the result of a waterskiing accident, in 2007). Gainsbourg recorded the LP at Beck’s L.A. home studio. “It was great to discover that Los Angeles is not a desert disguised into highways,” she says. “The music scene is extremely stimulating.” 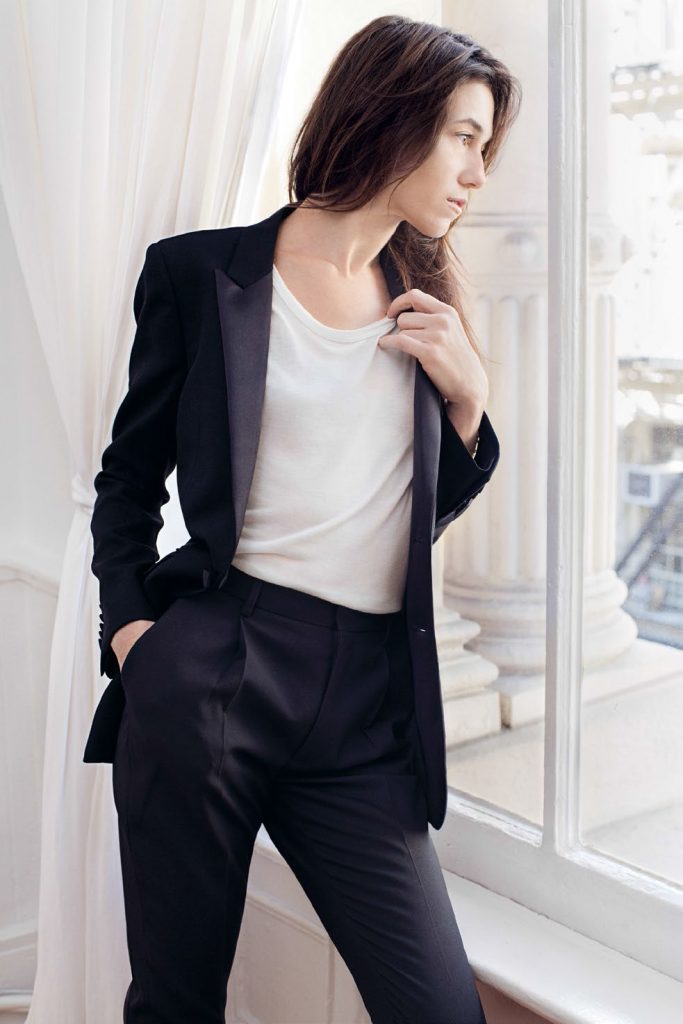 Her 2010 Coachella gig was a watershed moment. For a split second, before taking the monumental stage in front an ocean of people, she almost retreated. “But then it was miraculous,” she says. “The audience really carried me through. It was a revelation.”

Since then, Gainsbourg has turned her focus back to the silver screen. The 2015 release of director Wim Wenders’ dark, 3-D drama Every Thing Will Be Fine pits Gainsbourg alongside James Franco. But cross-genre diversions are never far: In her spare time she plays the piano, writes lyrics and sketches—another trait inherited from her father. “I’m a spasmodic [artist], classically trained,” says Gainsbourg, who has contemplated releasing a book of drawings on her favorite theme: her children. “I [use] a very special ink pen; extremely precise,” she adds, before revealing its most compelling feature: “It also allows me to have accidents—and I love accidents.” And if anyone understands the mesmerizing effect of imperfect beauty, it’s her.