Trending
You are at:Home»Interviews»Charlotte Gainsbourg: Retracing a History, and Finding a Voice (New York Times)
By Aurélie M on 12 novembre 2017 Interviews, Interviews in english, Presse, Rest (2017)

For Charlotte Gainsbourg’s fourth album, “Rest,” she’s done something she hasn’t done before: write most of the lyrics herself. Credit Clement Pascal for The New York Times

When Charlotte Gainsbourg was 4, her mother took her and her half sister to see “Jaws.” “I don’t know why,” the French actress, singer and style icon, 46, said recently. “Maybe she was drinking a little. And then in the theater, she suddenly realized how traumatizing it was.”

Sipping green tea in a corner booth at the cafe of the Marlton Hotel, casual yet chic in a white T-shirt and jeans, Ms. Gainsbourg recounted her mother’s reaction to watching her young children take in the 1975 killer-shark blockbuster. “She just put her hands on our faces,” she continued. “So the sound is what I kept. It’s part of me.” 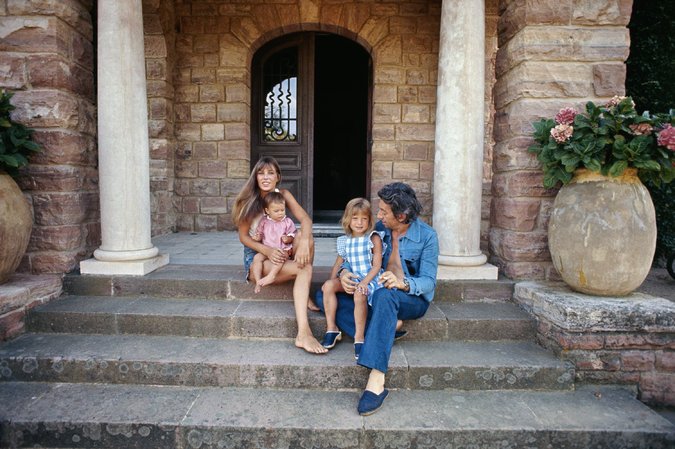 This story came to mind on a sunny afternoon in Greenwich Village, shortly after Ms. Gainsbourg breezed into the hotel’s plushly appointed lobby. She had just returned from Paris, where she was promoting a coming film (“La Promesse de l’Aube,” based on a novel by the French author Romain Gary), and as she shifted her focus to her fourth studio album, “Rest,” she seemed to enjoy taking a moment to drift back.

Unorthodox sights and sounds were a regular feature of her early life as the child of the English actress and musician Jane Birkin and the legendarily louche Parisian singer-songwriter Serge Gainsbourg. In the early 1980s, after her parents’ romantic relationship ended, Ms. Gainsbourg made frequent visits to her father’s apartment in the St.-Germain-des-Prés neighborhood, where he delighted in screening gory VHS tapes for his preteen daughter. “He would show me ‘The Shining,’ ‘Massacre à la Tronçonneuse,’ ‘Carrie,’” she said, using the French title of “The Texas Chain Saw Massacre.” “They were important films for my education. But I was very young!”

By the time she turned 15, Ms. Gainsbourg had followed her parents into the family business: Her early work, like theirs, inspired a heady mix of praise (she won a César award, the French equivalent of an Oscar, for her performance in “L’Effrontée” in 1986) and gossip (“Lemon Incest,” a risqué 1984 duet with her father, nearly outdid the scandal caused by her parents’ explicit duet, “Je T’Aime … Moi Non Plus,” in the late ’60s).

On “Rest,” to be released on Nov. 17, Ms. Gainsbourg engages with her family’s glorious, tangled history as never before. On one level, it’s an album about grief, tinted by the deep loss she felt after the 2013 death of her older half sister, the photographer Kate Barry (whose parents were Ms. Birkin and the film composer John Barry). But it’s also an album about pleasure, full of pulsating disco beats and cool pop choruses that feel like Ms. Gainsbourg’s birthright. Above all, it’s an album that comes directly from her heart. While a series of charismatic male stars wrote a majority of the lyrics for her previous albums — her father for “Charlotte for Ever,” her 1986 debut; Jarvis Cocker of Pulp for “5:55,” her 2006 return to music; and Beck for “IRM,” released in 2009 — she wrote most of the words to “Rest” herself, retracing her life’s journey in French for the first time. As an act of radical vulnerability, the album is as stunning as her recent film work in “Antichrist” (2009) and the two-part “Nymphomania” (2014). 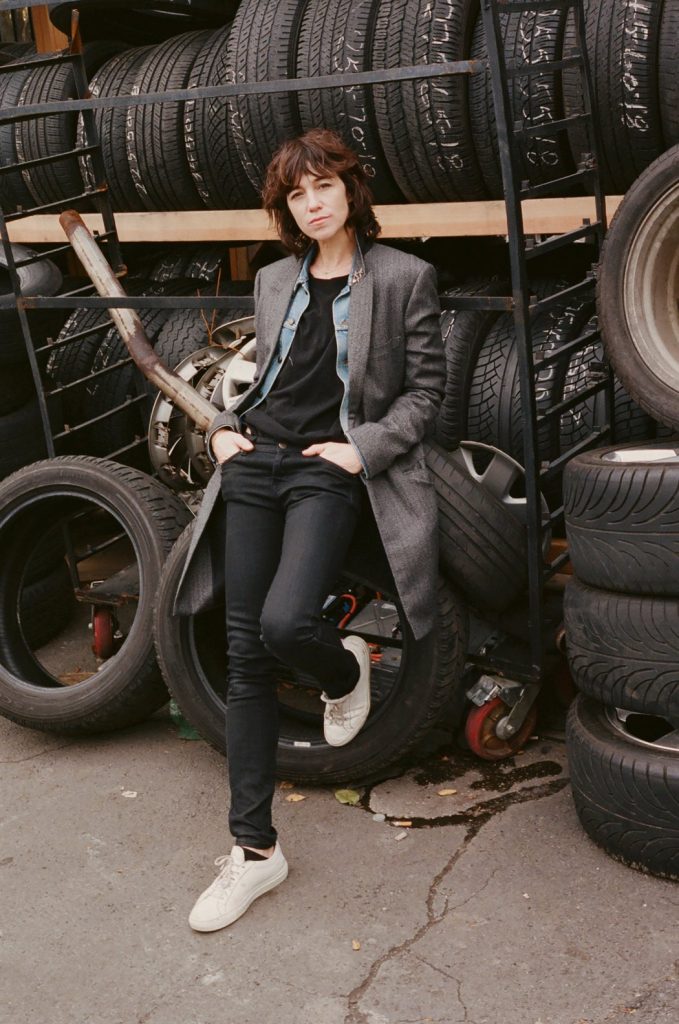 Ms. Gainsbourg said that she dreamed of composing her own lyrics for years, but “felt so far away from being at the right level.” Credit Clement Pascal for The New York Times

Ms. Gainsbourg said that she dreamed of composing her own lyrics for years, but “felt so far away from being at the right level.” Credit Clement Pascal for The New York Times
“I always felt that looking at Charlotte was like looking into a very still pond under which you knew there was great agitation and great conflict,” Ms. Birkin said in a telephone interview. “It came out in her films, but in songs, she’s stayed quite prudent until now. On this record, it seems to me that she has ripped all the bandages off. It’s one of the most sincere and brave albums I’ve ever heard.”

For years, Ms. Gainsbourg said, she dreamed of composing her own lyrics, jotting down phrases in secret notebooks or on her cellphone at odd moments (“drunk, not drunk, whenever”). But she had always demurred when collaborators asked to see her work. “I was too ashamed,” she said. “I felt so far away from being at the right level.”

She began to stare down her doubts in the summer of 2013, traveling with the New Zealand songwriter Connan Mockasin to a small island off the coast of Brittany, where they spent a few days writing together. After returning home to Paris, she met with the D.J. and producer Sebastian Akchoté, known for his remixes of Daft Punk and Justice, and gave him a mood-board-style list of cinematic reference points, many of which overlapped with the movies that shocked and thrilled her in her youth.

Her collaboration with Mr. Akchoté got off to a shaky start. “He was a little sure of himself,” Ms. Gainsbourg recalled. “He said, ‘I know exactly what you need to do: You need to sing in French, and it needs to sound like the album that you made with your father.’ He was right, but he said it with a patronizing tone.” (When reminded of this conversation, Mr. Akchoté countered: “She felt I was arrogant; I was not. I just said, ‘If I work with you, the thing will be perfect.’”)

Soon, though, she found herself opening up. On the eerily charged reverie “Lying With You,” one of the first songs written for the new album, she describes her father’s death in stark, sensual terms. (“Au coin de ta bouche, une trainée/Tu n’aurais pas aimé”: “At the corner of your mouth, a streak/You wouldn’t have liked.”) “I treasure that moment, even though it was horrific,” said Ms. Gainsbourg, who was 19 when Serge Gainsbourg died of a heart attack in 1991. 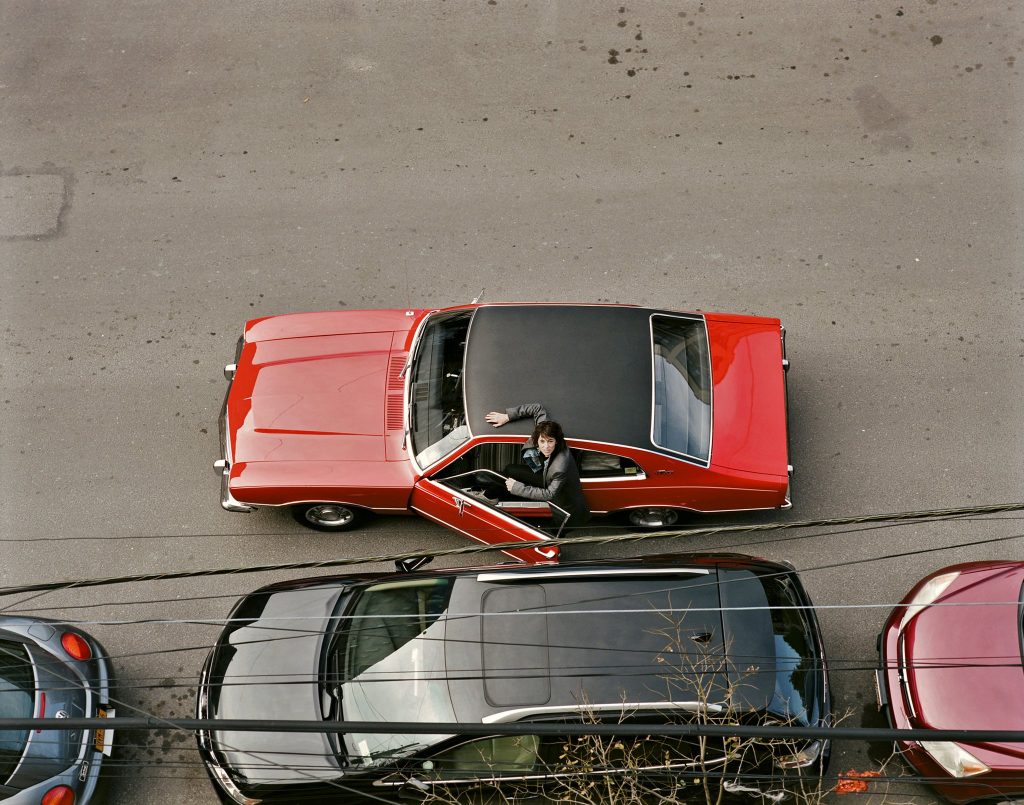 Ms. Gainsbourg left Paris after the death of her half sister, Ms. Barry, moving to New York in 2014 to find relative anonymity.
Credit Clement Pascal for The New York Times

Still not entirely sure of her songwriting, Ms. Gainsbourg considered calling in help from the literary provocateur Michel Houellebecq, and met with writers at her label’s suggestion. “He took the lyrics and made them fit,” she said of one such potential collaborator. “It looked like a song. But it was not my song.” She eventually shrugged off all offers of assistance.

She was on the verge of a breakthrough by December 2013, when Ms. Barry died after falling from a fourth-floor apartment window. A painful mourning period followed, made harder by the Gainsbourg clan’s status as major French celebrities. “Everybody recognizes her in the street in France,” Mr. Akchoté said. “I remember her coming to my house in Paris, and the guy delivering mail stopped and said, ‘Oh, it’s little Charlotte!’ She’s 46 years old, but in the minds of the people, she’s a shy girl. It’s very heavy for her.”

From left, Ms. Barry, Ms. Gainsbourg, Ms. Birkin and Mr. Gainsbourg at the César awards ceremony in 1986, the year Ms. Gainsbourg won a trophy for her performance in the film “L’Effrontée.” Credit PAT/Gamma-Rapho, via Getty Images

Ms. Gainsbourg finished one song around this time — the title track, a heartbroken lullaby recorded with Guy-Manuel de Homem-Christo, of Daft Punk — but staying in Paris felt untenable. In the summer of 2014, she and her partner, the filmmaker Yvan Attal, moved to the West Village with their children. “It was a way of making my sister’s death a little more unreal,” she said. “I had big guilt; it wasn’t a happy move. I needed to escape, for my survival.”

In time, Ms. Gainsbourg came to relish her relative anonymity in New York, where she continues to reside. “In France, the word ‘artist’ is overwhelming — it’s reserved to van Gogh, not me,” she said. “Here I find it refreshing that nobody cares.”

Mr. Akchoté flew in later that autumn to join her at a small studio in Brooklyn. They went on to write and record the bulk of the album there over the next year or so, including the song “Kate,” a bittersweet electro-pop tribute to Ms. Gainsbourg’s half sister. “I was expecting someone totally broken,” Mr. Akchoté said. “But she wanted to make something with all this sadness she had. All the different feelings she had, we used.”

In 2016, they went to the Electric Lady studio in Manhattan to continue recording with help from others, including the Canadian composer Owen Pallett, who wrote string arrangements for several songs. For the upbeat groove “Songbird in a Cage,” Ms. Gainsbourg called in a favor from Paul McCartney, who had written the song for her years earlier and dropped by one day to play guitar, drums and piano. “He was like a child, having fun, trying every instrument,” Mr. Akchoté said. “It was unreal.” 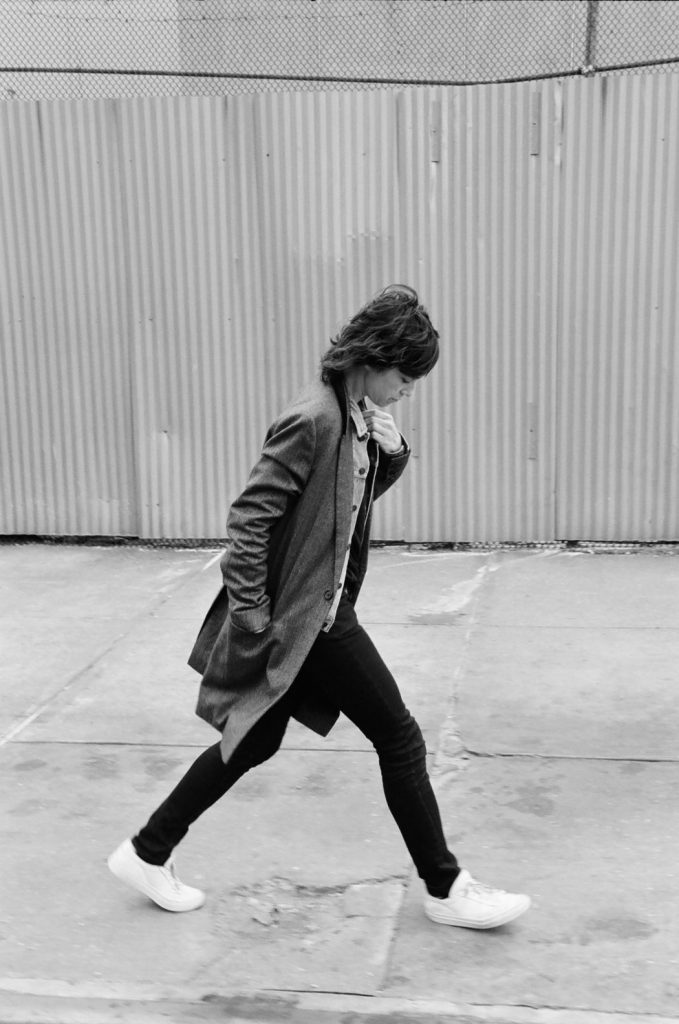 “In France, the word ‘artist’ is overwhelming — it’s reserved to van Gogh, not me,” Ms. Gainsbourg said. “Here I find it refreshing that nobody cares.” Credit Clement Pascal for The New York Times

She completed “Rest” last December, only to delay its release by nearly a year so she could direct several music videos, another career first. Now, with the album’s arrival at hand, she was feeling apprehensive. “It’s still quite raw,” she said. She had resolved not to read reviews because “I don’t want to get bruised.”

Ms. Gainsbourg said she hoped to tour next spring. In the meantime, she is looking forward to Feb. 1, when her mother will perform an orchestral tribute to the music of Serge Gainsbourg at Carnegie Hall. For Ms. Birkin, it will be a night of mixed emotions. “It’s a wonderful feeling, but equally sad, because the most beautiful songs were written when I left him,” she said. “At the same time, I think I was so lucky to have had a composer who wrote for me since I was 20 until the day he died.”

Her daughter put it more simply. “What she’s doing is magical,” Ms. Gainsbourg said, smiling warmly. “It’s their love story, and to have your parents’ love story performed with a symphonic orchestra is very, very moving.”