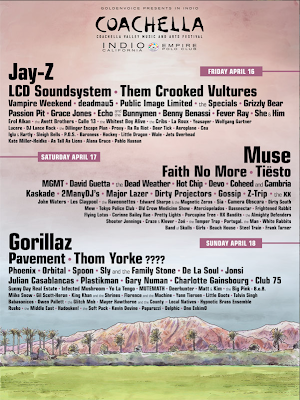 Charlotte Gainsbourg has just been announced to be part of the famous Coachella 2010 festival on April 16, 2010 in California.

Buy your tickets before they’re gone on the official website