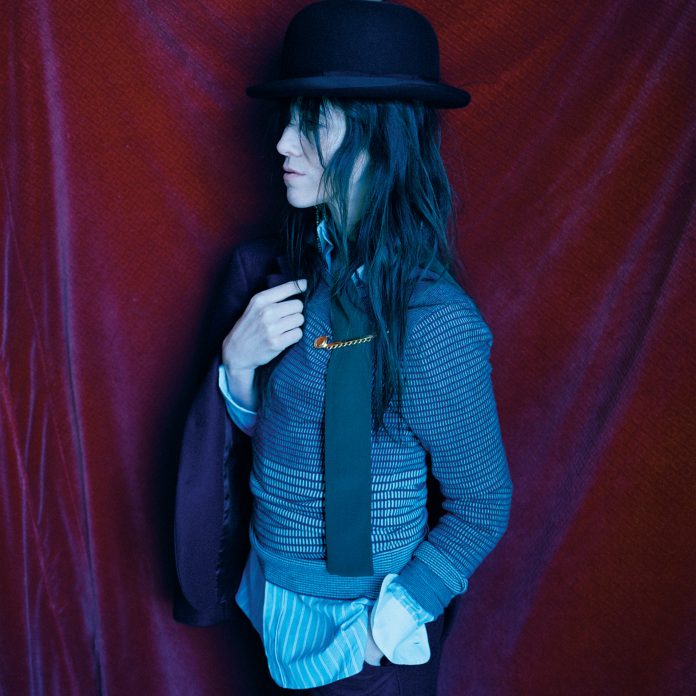 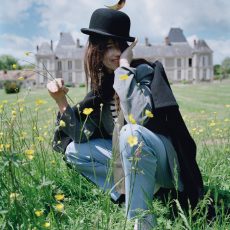 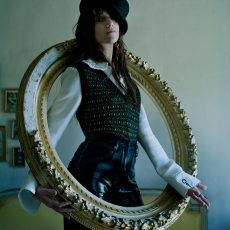 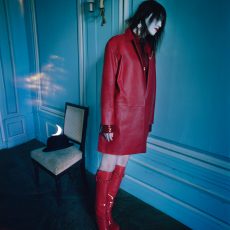 It’s hard to imagine an artistic debut more controversial than that of Charlotte Gainsbourg. At 12, she sang a duet with her father, the legendary French provocateur Serge Gainsbourg, titled “Lemon Incest”—which is about exactly what the title suggests. Two years later, she followed up with a star turn, sans clothing, in Serge’s 1986 film Charlotte for Ever. In the decades since, Charlotte, 43, has flirted with the international mainstream, playing the lead in Franco Zeffirelli’s 1996 version of Jane Eyre and starring opposite her real-life partner, Yvan Attal, in his 2001 Woody Allen–esque comedy, My Wife Is an Actress. But, generally speaking, this muse of the Danish director Lars von Trier who has casually acted out genital self-mutilation, apocalyptic anxiety, and sexual addiction in three of his recent films has not followed the conventional casting trajectory of ingénue to babe to district attorney. Gainsbourg, therefore, is not the type you’d expect to take a page from Jessica Simpson’s book and launch a denim line. And yet, here we are at the bar of the Hôtel Montalembert in Paris to discuss just that.

Gainsbourg arrives, serene and a little shy, in beat-up Stan Smiths, a crew-neck top, and loose-fitting straight-leg jeans that are just a slit pocket away from normcore. She has been road-testing the jeans for her second collection with cult denim brand Current/Elliott, which will be available next spring. Gainsbourg’s first collection, which debuted in July at Colette in Paris, Maxfield in Los Angeles, and on Net-a-porter.com, is a streamlined capsule of skinny jeans, roomy T-shirts, leather hot pants, and one highly covetable shrunken leather bomber. The clothes are tomboyish, with equal dashes of nerd and rock star, and if they look like the kind of stuff an understated French actress with intellectual pursuits might wear, that’s because they are. The perfect shirt for Gainsbourg is a moderately slim-cut white or light blue striped cotton-poplin button-down; turtleneck sweaters are oversize and blousy. Though she swears she has nothing against “lovely dresses,” she hasn’t designed any. “I have to be honest with who I am, and I like uniforms,” she says as she pours a cup of lapsang souchong. “In making this line, the criteria were really simple: what I like and what I wear. I didn’t try to be young, I didn’t try to please other people. I wanted basic clothes, not too much fantasy.”

“When Charlotte came to Los Angeles, very early in the process, she wanted to do just a few pairs of jeans,” says Current/Elliot owner Serge Azria. “But after we sat down for an hour, we had everything from leather pieces to sweaters to blazers. She knows what she likes, and she’s talented.”

Both of Gainsbourg’s parents were style-setters. Her dad practically invented the unshaven, louche template that French men have been following for decades, and, for good or for ill, put Repetto jazz shoes on the map. And Gainsbourg’s mother, the English actress and singer Jane Birkin—for whom the iconic Hermès bag was named—cut quite a picture as a leggy, free-spirited garçonne throughout the late ’60s and the ’70s. Gainsbourg has counted Nicolas Ghesquière as a close friend since his early days at Balenciaga, where he signed her to be the face of his first perfume for the brand. Their relationship remains just as strong now that he’s at Louis Vuitton: Gainsbourg, along with the models Liya Kebede and Freja Beha Erichsen, will appear in his new ad campaign for the house.

“When I was young, I got a taste of being a tool for someone else’s provocation, and I liked it.”

And yet, it was through film work that Gainsbourg says she developed her sense of style. Her role in 1988’s The Little Thief, set in postwar France, sparked a fascination with vintage clothing that has stayed with her. “First, it was the 1940s,” she says. “And men’s suits from the 1960s always fit me well. I like the older way of seeing clothes, too, which is less about throwaway fashion and consumption.” Though Gainsbourg insists that her family didn’t forge her fashion sense—“That would just be so obvious”—the fact that her parents had well-edited closets with good-quality clothes made an impact. “They didn’t have that many outfits, but their taste was select and precise.” Gainsbourg states that she’s tired of talking about her parents but also can’t stop herself. “At my age I should be liberated from that, but I’ll never do an interview without talking about them,” she says, sighing. “When people don’t talk to me about them, I bring them up. Without them there’s something missing. Yet I also think that’s why I need to step away.”

By “step away,” she means leave France, possibly for America, but she admits she’s been flirting with this idea for the past decade without making the move. In any case, it’s hard to imagine the very-close Birkin clan, which includes Gainsbourg’s half-sister Lou Doillon on separate continents. (Gainsbourg’s older half-sister, Kate Barry, a photographer and one-time addiction counselor, died this past December in an apparent suicide.) Ever since Jane and Serge scandalized late-’60s France with their taboo duet “Je T’aime…Moi Non Plus,” Birkin has been a standard-bearer for plainspokenness in the pursuit of edgy art, and her daughters have followed suit; they are masters at batting their eyes innocently in the face of cultural conservatism, making naysayers look hysterical. Some critics have observed that Gainsbourg’s relationship with von Trier echoes the one she had with her father, with both men using her as an instrument to shock and titillate. Gainsbourg doesn’t deny it. “When I was young,” she says, “I got a taste of being a tool for someone else’s provocation, and I liked it.”

Still, Gainsbourg isn’t immune to the blowback. Von Trier’s latest film, Nymphomaniac Volume II, has her in a ménage à trois with two men and, thanks to the Internet, clips from that scene found their way to her older children (Gainsbourg has two daughters, ages 11 and 3, and a 17-year-old son), as well as to their friends. When her father did the song “Love on the Beat,” about the joys of fellatio, she recalls, “it was quite sulfurous and heavy for children, but there wasn’t the Internet. When I did Antichrist and the Nymphomaniac films, I thought, Oh, but my parents did ‘Je T’aime…Moi Non Plus,’ and I lived through it—but I was only 4 years old then. Those two films did hurt my children, but if it had really been a nightmare for them, which I don’t think it was, of course I wouldn’t do something like that again. But it would be a real sacrifice. I think von Trier is the best director we have.”

In her upcoming movie, Asia Argento’s semiautobiographical Misunderstood, which debuted to strong reviews at Cannes, Gainsbourg plays the abusive boozy mother of the 9-year-old protagonist. If she’s dialing back the difficult roles, she’s not doing so by much. Denim line or no denim line, Gainsbourg, it seems, is hardly in danger of losing her credentials as a risk-taker. Just as she finishes singing von Trier’s praises, our conversation is interrupted by a Brazilian woman who can’t restrain herself. “You’re adored back in my country,” she says. “They love you for being gutsy and courageous.” And then she hands Gainsbourg two drawings she’s dashed off in her honor: sketches of rabbits with extremely distended phalli. “Is that a violin?” Gainsbourg asks, blushing. On our way out, I see that two other women in the hotel lobby were given similar sketches—but theirs are just regular human faces. All the good bits, it seems, were reserved for Charlotte.