The multitalented Anglo-French chanteuse may not have a lot in common with the sonic youth bassist, UM, sonically, but when it comes to tackling stage fright, there’s no one better to consult for sage advice. 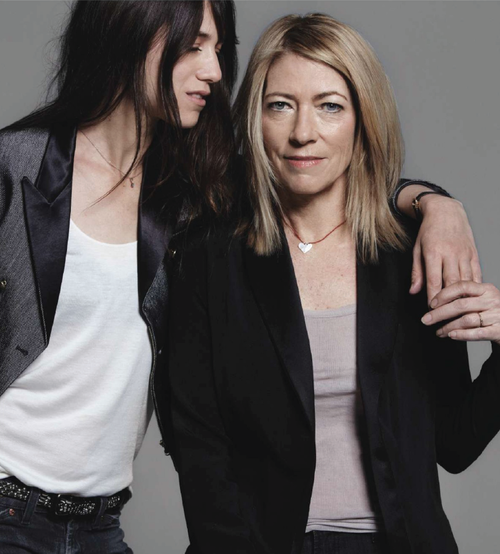 KIM GORDON Maybe it’s a strange place to start, but I wanted to say that your father [legendary French pop singer-songwriter Serge Gainsbourg] was a big influence on me.

CHARLOTTE GAINSBOURG Where did you first hear him?

GORDON I don’t remember when I first started listening to his music, but I know that Serge’s songs helped me think about music in a more spatial and visual way. Then, of course, your mother [singer Jane Birkin] used her voice in a very textural way, which I related to because I don’t have a lot of vocal range, so things like phrasing and texture were important to me. Actually, this reminds me: One of my favorite tours was in France in the early ’90s when Beck was opening for us, just playing acoustic guitar and riding in our bus. Every night after the show, we’d go on the tour bus and eat amazing cheese and drink wine and watch a video compilation of your dad’s stuff.

GAINSBOURG What was it? What kind of videos were they?

GORDON It was everything he’d ever done. A lot of it was TV stuff; clips from the late ’50s all the way through the tacky ’80s with the smoke machine. It was really great. I wanted to ask about having that burden of your mom or your dad. Did you ever think, « I’m gonna act or make music just for myself »?

GAINSBOURG With acting, I had more freedom than I feel with music. At the beginning, I did acting for fun. I was 14-it was exciting to be in a hotel room, to be with the crews, to escape from my own home. I had my own little life. What was quite difficult was thinking I was ugly. … 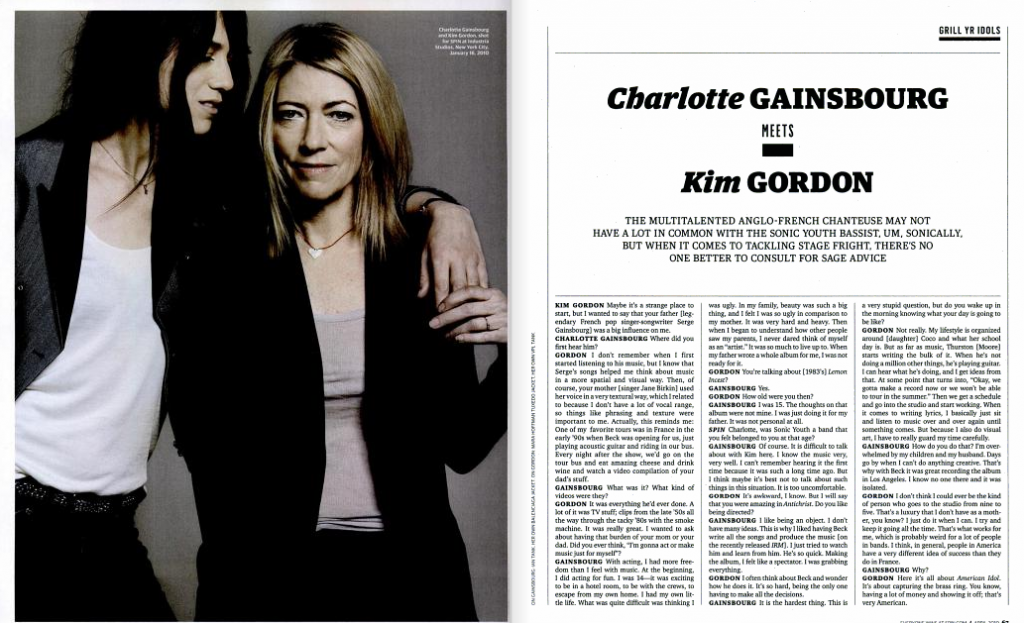