The equilibrium between rousing and respectful is struck wonderfully 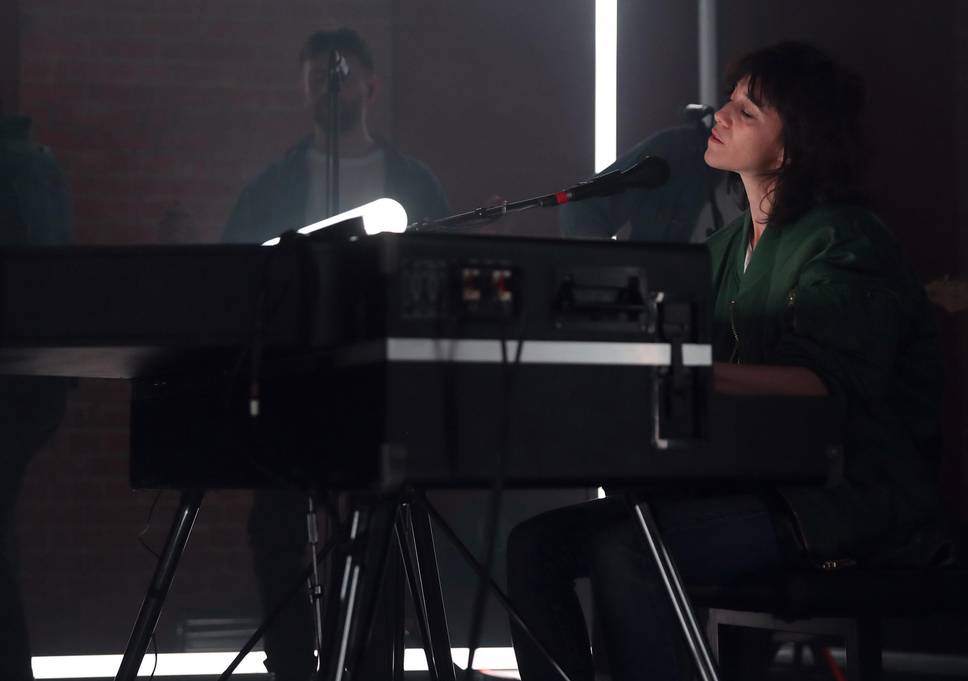 When Charlotte Gainsbourg announced tour dates in January, many wondered how she’d reproduce her mostly electronic 2017 album, Rest, live. SebastiAn, producer and co-writer on the critically-lauded record, was unable to tour. What’s more, while the delicate balance of mournful subject matter and upbeat electronic grooves worked on record, how would such sensitive material fare in the live arena?

Arriving to a repetitive Steve Reich-like phrase at the intro of “Lying With You”, Gainsbourg appears on a futuristic set that looks not unlike a theatrical adaptation of Solaris. There are neon lights that flicker as if malfunctioning throughout; a visual distraction that allows the famously stage-weary performer to hide, whether in the darkness, astride an electric piano or behind her band or her bangs.

When she does speak up in her unmistakable Anglo-French burr, she’s as diffident as we’ve come to expect. Gainsbourg allows the music to do most of the talking, which is often more stunning than even the sci-fi mise en scène.

The band takes the record to new places. “Deadly Valentine” brings a kind of disco euphoria with an electronic instrumental horizon that rises above the sonic landscape, echoing Donna Summer and Giorgio Moroder’s “I Feel Love”.

The musical rapture is swiftly juxtaposed against the most heartrending song on the record, “Kate”, about her sister Kate Barry who died in a suspected suicide in 2013. The familial evocation continues with “Charlotte For Ever”, a chanson written by her father Serge, and the title track from her debut album from 1986. “Kate and Charlotte,” she whispers when both songs have been played. “It means a lot to me to see our names together.”

The equilibrium between rousing and respectful is struck wonderfully. She dedicates the show to her sister, but it’s more than that: it’s a celebration of who she is and where she came from.

A rendition of “Lemon Incest” during the encore – a duet she recorded with her father in 1984 about amorous love between father and daughter (which caused great controversy on its way to No 2 in the French charts in 1984) proves that tonight is a family affair. It’s a beautiful, honest performance, and maybe a little cathartic too; an irresistible flicker emerging from much darkness.