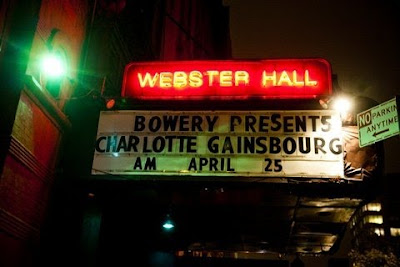 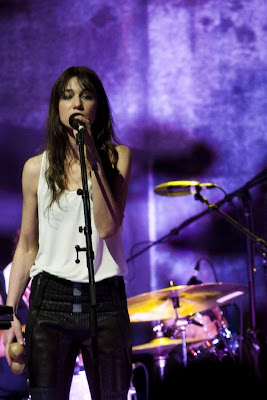 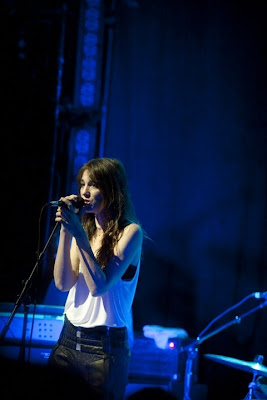 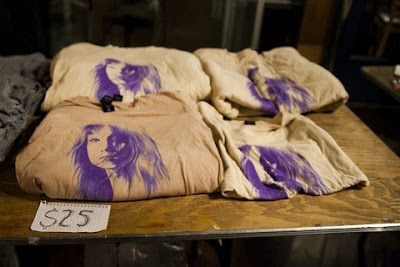 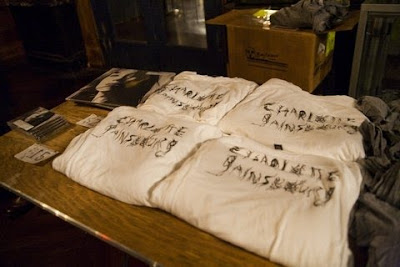 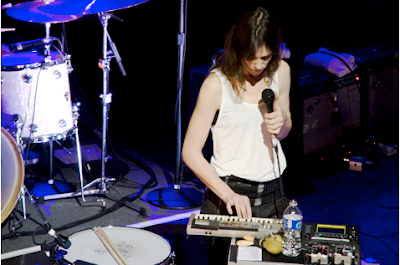 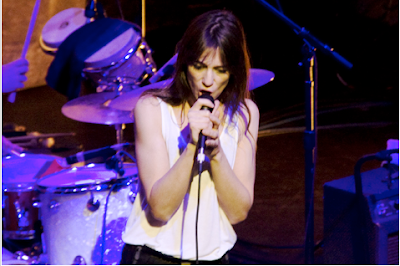 Charlotte Gainsbourg spoke little on the final night of her first ever tour, but when she did it was in salutations and appreciation, expressing glee over revisiting the Air and Jarvis Cocker composed songs from 2006’s 5:55 and thanking Beck for his input on 2010’s stellar IRM. Likewise, the Franco and Francophilic audience greeted Gainsbourg with a reverence that smoldered long after she and bandmates had left the stage and house lights had flooded Webster Hall.

New Orleans raised AM opened up the evening with some laid back tunes that felt more southern California than Creole. Paired with the fact that he flaunted a look reminiscent of Lee Hazlewood, the singer and guitarist brought more than a little American flavor to the night. Since Hazlewood is arguably the closest us Yanks got to a Serge Gainsbourg of our own, AM proved himself a worthy support act.

As Gainsbourg mentioned early in her set, “The tour started in New York—we did a few small shows in January—so it only seemed fitting to end in New York.” Although IRM has been met with deserved acclaim, those early shows seemed to largely be regarded more as testing-the-water endeavors. By the time Gainsbourg graduated to Webster Hall, she and her band came well equipped to put on a proper—and at times touching—performance.

Although stunningly talented as both an actress and musician, Gainsbourg, in a white tank top and leather pants that were more Mad Max than fashionista, looked more rock chick than successful actress. Backed by a band of guys in nerdy sweaters and bow ties only emphasized Gainsbourg’s inborn coolness. The same goes for the sole female musician in the band, a statuesque blond guitarist who bore a passing resemblance to Donna Matthews in Elastica’s heyday. This “cool girls invite the chemistry club to band practice” stage dynamic kept the evening interesting visually as well as aurally. Although rock chick in appearance, given the ethereality of Gainsbourg’s music and vocals, one would expect an evening with her in concert to be a low-key affair. While far from being a show-woman, Gainsbourg appeared to be having great fun. This became most apparent when she banged a drum beside her, as she did on nervy opener “IRM” and later on “Looking Glass Blues”.

IRM takes care not to evoke Gainsbourg’s father, Serge. Performed live, songs became even farther removed from the louche hero. Thanks to a healthy amount of percussive accessories and keyboards, not to mention an occasional violin, songs varied between hard and haunting. Most of the songs which fell in the latter category were selections from 5:55, particularly the plane crash ballad “AF607105”, so eerie in fact that, in spite of Gainsbourg’s vocal loftiness, it managed to silence the whole of the audience, who were outspoken in their Charlotte accolades. Then there were songs such as IRM‘s “Me and Jane Doe”, which defied either category and retained its serenity enough to make one feel they were standing in a grassy field rather than a big crowded concert hall.

Still, the night would have felt incomplete had Gainsbourg not paid some tribute to her father, and she delivered first with “Hotel Specific” and “Couleur Café”, which closed out the night on a glorious high. Gainsbourg also threw in the cover of Bob Dylan’s “Just Like A Woman” she contributed to the I’m Not There soundtrack; yet again, Gainsbourg managed to imbue the rendition with intimacy in spite of the bright and bustling live setting.

Toward the end of her set, Gainsbourg sent out some greetings to her children (son Ben played drums on the recorded version of IRM highlight “Trick Pony”), as well as mother Jane Birkin, who was also present. On the way out, I spotted Birkin, posing for photos and looking blissful. It was a surreal and perfect end to a night teeming with gratification.