Three years ago, everything changed for Charlotte Gainsbourg. Grieving the death of her half-sister, Kate, the actress and musician left her hometown of Paris for New York City, bringing her longtime partner Yvan Attal and their three children along for the journey.

“I couldn’t breathe anymore,” Gainsbourg says of Paris, sitting in a suite at London’s Blakes Hotel. “I don’t know if I’ll stay [in New York] long because I can feel that it’s an in-between, but I’m not prepared to go back to Paris yet. And I don’t see any alternatives. I’ve felt that it was so welcoming and so refreshing when I got there. It was a real discovery.”

« It took me a long time to understand this: that I preferred mistakes to a nice, perfect thing »

It was in New York that Gainsbourg’s new album, Rest, which will be released on November 17, unfolded. She’d been writing lyrics and toying with song ideas for a few years, but it wasn’t until she found herself in a new country that she felt ready to settle into the studio with producer SebastiAn. Rest is the singer’s fifth album (her last, Stage Whisper, came out back in 2011) and it marks the first time she’s penned her own lyrics. In the past Gainsbourg has relied on collaborators to shape her words for her, but this time she felt ready to step out and reveal something more personal. 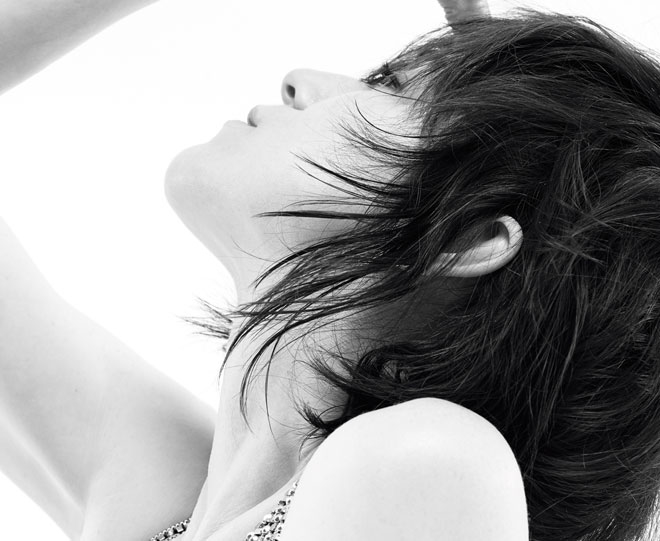 “It was a question of courage,” she says. “Because it all really assembled in New York after I left Paris, the focus was on my sister because that’s all I was really thinking about then. And I didn’t care if it was good or not. That’s what I wanted to say. And say to myself – I didn’t really think about what people would hear.”

As a musical artist, Gainsbourg has often lived under the shadow of her father Serge’s success. He’s still seen as one of France’s most pivotal musicians and her first album, 1986’s Charlotte For Ever, was created with him. On Rest, she finally feels ready to let that go and embrace imperfection.

“I was never pleased with myself as an actor and also as a singer,” Gainsbourg reflects. “But I did understand, from the very start working with my father, that when you didn’t have a singer’s voice it’s the little accidents. The breathing, when you’re out of tune sometimes – those little things that make you sound alive. It took me a long time to understand this: that I preferred mistakes to a nice, perfect thing.”

While making the album, which also includes a song, “Songbird In A Cage,” written for her by none other than Paul McCartney, Gainsbourg continued making films. She appeared in last year’s Independence Day: Resurgence and plays the love interest to Michael Fassbender in the thriller The Snowman this autumn. She also stars in a new adaptation of Romain Gary’s novel Promise At Dawn, which is currently making the film festival circuit in Europe. She’s picky about what she takes on, and Gainsbourg says moving to the US has shifted her own perception of herself as an actress as well. 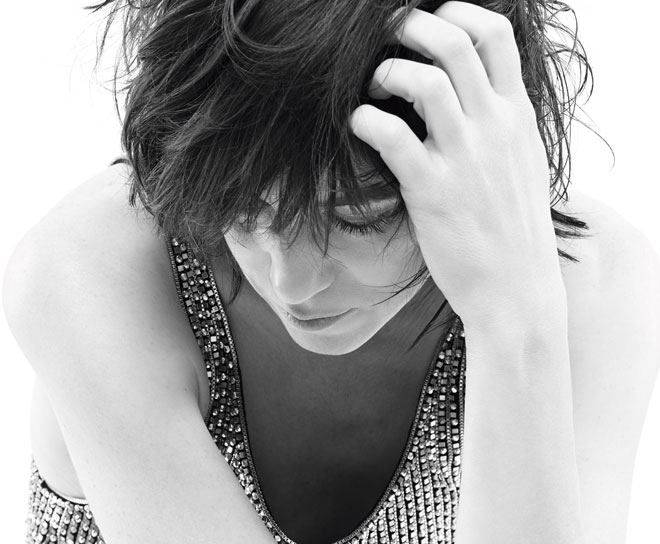 “In France it was very overwhelming to feel that my parents are who they are and that I had to live up to the expectation,” she explains. “That meant that if I considered that I didn’t have the same talent as my father I didn’t dare try. Whereas in America I felt that I could do anything. It was very open. People are artists very easily. It’s not such a big deal.”

Like her mother, Jane Birkin, Gainsbourg is an international icon of French chic. But in New York, the pressure has been lifted. She’s chopped her hair and now leaves it to its own devices. She’s even started wearing exercise leggings out of the house, something she could never do in Paris.

“I find myself in France wanting to make an effort, and when I’m in New York I don’t want to make an effort,” she laughs. “I’m not caring, on my bike, taking my kids to school, and wearing leggings for Pilates and going outside with that and a big jumper and sneakers. I would never do that in Paris. Never! You’re not supposed to do the gym or to take care of your body. I have a completely different persona!”

Still, Gainsbourg maintains a partnership with Saint Laurent and its creator director Anthony Vaccarello, who has become a good friend. Vaccarello asked her to be part of the brand and her first campaign, directed by Nathalie Canguilhem, dropped earlier this year. Canguilhem, who also co-created all the visuals for Rest alongside Gainsbourg, is one of the only people the singer looks to for styling advice. Instead, she prefers to don her Saint Laurent white T-shirt and loose jeans on a daily basis (including during this interview).

“I don’t care about fashion that much,” Gainsbourg admits. “I love going to a show when it’s brilliant, but I hate the idea of going to a show. The idea of having my picture taken at 9am and just sitting there for 15 minutes. It’s horrible.” She adds of Saint Laurent, “I feel [the partnership is] a real gift and they’re very generous with the clothes. That’s what I’m interested in – to have clothes in my closet.”

Gainsbourg may have made her home in New York, but she did return to Paris for Saint Laurent’s spring/summer 2018 show in September. “It was incredible,” she says. “Getting there I was praying for him. I was thinking, I hope it’s good. To have moved everything to the Eiffel Tower and have it glitter, it has to be good. And it was really up to standards.”