Award-winning actress and singer-songwriter Charlotte Gainsbourg marks the release of double album Stage Whispers with an exclusive remix of her track “Anna” by The Horrors’ Tom Furse. Featuring live recordings from her critically acclaimed 2010 release IRM alongside new compositions, the Beck-produced record sees Gainsbourg’s ethereal vocals float across a mix of musical styles. Daughter of French musical legend Serge and 60s It Girl actress Jane Birkin, Gainsbourg first entered the public eye at 13 in a storm of controversy with a musical duet with her father entitled “Lemon Incest.” “I feel lucky to have been able to work with my parents, especially with my father. It was done in such a natural, obvious way,” explains the singer, whose gamine look, tousled hair and cool charm are the epitome of Parisian chic. Gainsbourg’s depth as an actress has come through in a series of challenging roles, including a deranged grieving mother in Lars von Trier’s infamous Antichrist that earned her the Best Actress Award at the Cannes Film Festival in 2009. Having recently completed La Confession d’un Enfant du Siècle, a film about romantic French poet Alfred de Musset, with co-star and Babyshambles frontman Pete Doherty, Gainsbourg reflects on finding her voice and being muse to Balenciaga’s Nicolas Ghesquière.

How was the process on Stage Whisper different from previous albums?
This time I was able to go from an electronic piece with Beck to something completely acoustic with the Villagers. It was lovely. I’m very slow. I like to take my time. And this was the opposite. Working with people, I’m gradually beginning to understand my voice and what I want, where I want go.

And where is it you want to go?
I want to be less embarrassed by who I am but not aspire to be someone different.

Many artists have to struggle with that, yet you carry the weight of inheritance as well.
People live better if they can really tear down their parents at one point. I couldn’t do that, I wasn’t able to step on them and crush them. 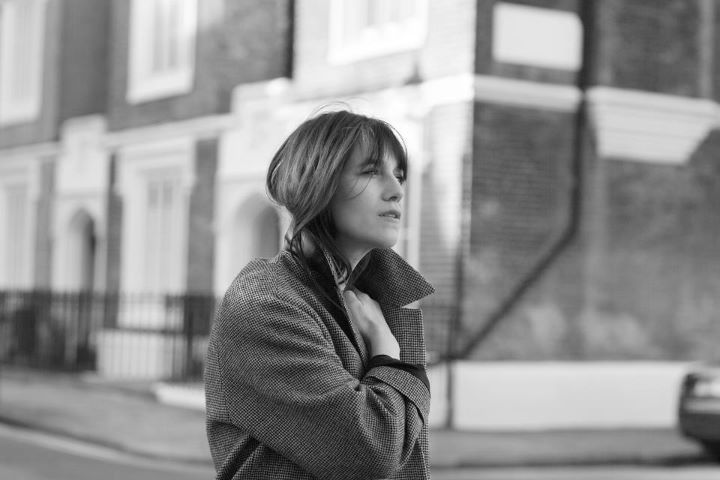 Were they just too larger-than-life to do that?
No I loved them. I couldn’t find faults with them. Even their faults had great charm.

Were there many boundaries to rebel against?
The thing is, I was very sensible child, whereas they didn’t care if I had my baccalaureate or whatever. I was very stubborn. I wanted to go to the end. My sisters were not the same, they were much more artistic from the very start. I liked maths, everything that was reassuring. I had this on one side and on the other I realize that at 12 I started going on films. They left me completely free to have my own life. It was so important, I realize now, for me to build up who I was through those experiences.

And the experience of being a muse for Balenciaga?
When I met Nicolas [Ghesquière], it was ten years ago, that’s when I started having fun dressing up a little bit and using his silhouettes that fitted me. It was a nice way of combining what I really enjoyed doing, which was [modelling for] the pictures, with something that I was curious about. I like fashion but I am not passionate about it. I love being a little bit far away. 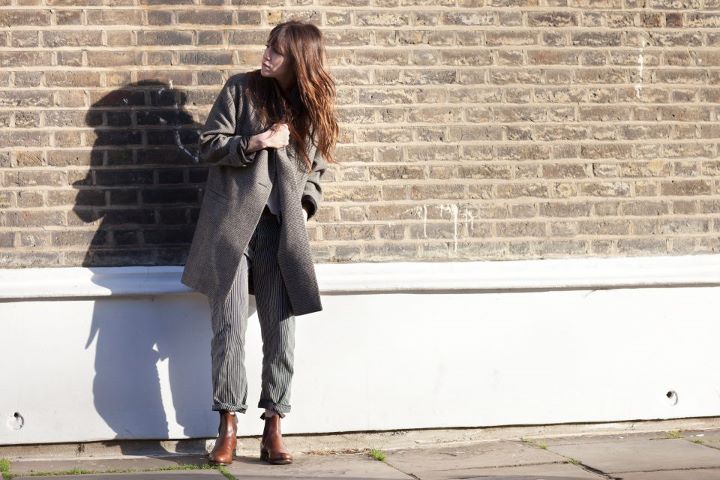 If you could take three of your most coveted piece of clothing with you to heaven, what would you take?
Question from Lamont Hubert via Facebook

I’d take three pieces of clothing from my children. You’re going to think I’ m a disguised paedophile but I’d take their knickers from when they were babies. It’s such a lovely smell, so that’s what I’d take. But now my son is really grown up so I can’t take his underwear. Still I’d take the smelly things, like socks, t-shirts…

What inspired the title 5.55?
Question from James Zebediah via Twitter

It was an album about the night, and meant that we could talk about dreams and childhood and nightmares. That’s what I love about Air—their atmosphere. It was a voyage into nighttime, that was the subject and Air came up with the title. Waking up at 5.55, or not sleeping and seeing 5.55 on the clock…