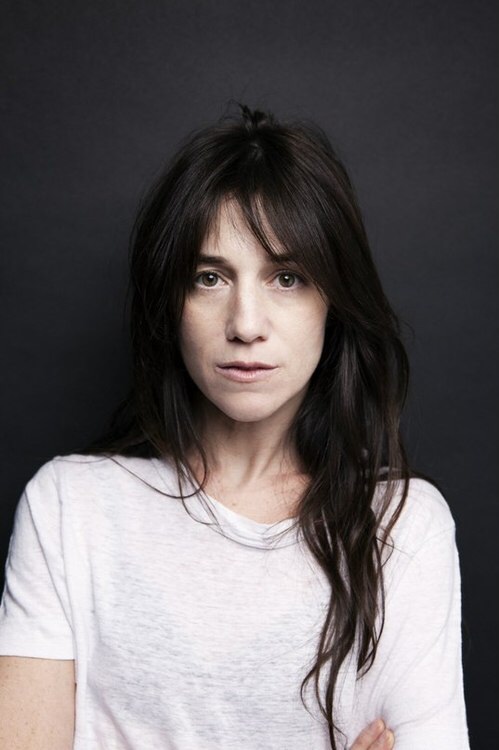 NEW YORK — “I have to say very stupidly today that I thought that nymphomania was about exploring sexual pleasure,” Charlotte Gainsbourg says while sipping tea in a New York hotel room. “Very quickly, (director) Lars (von Trier) explained the suffering they were going through.”

Through much of the new two-installment film “Nymphomaniac,” Gainsbourg’s character, Joe (played in younger years by newcomer Stacy Martin), lays passively and expressionless during sexual encounters with many men. There are moments of joy, even ecstasy, but more persistently there’s an ever-increasing void that dissolves her emotions into shadows. As the film opens, she’s in a ditch, badly beaten and resisting the help of a stranger, Seligman (played by an empathetic Stellan Skarsgard), because she doesn’t feel she deserves any assistance. “I don’t think the film is only about nymphomania,” Gainsbourg explains. “It also has to do with the discovery of who she is and the voyage she makes trying to convince Seligman that she’s such a bad person and responsible for all the things that happen to her.” 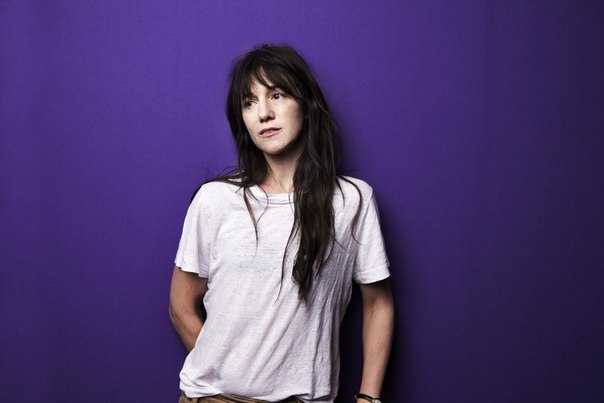 That effort includes detailing all her past sexual escapades for the asexual but curious bachelor whose principle passion is fishing. Early on, he asks her why she believes in sin if she doesn’t believe in God; but this only quickens her desire to convince him of her immorality. “The fact that she wants to portray herself as such a human being responsible for what’s happening, I have a lot of tenderness for her. I don’t agree at all, so I couldn’t feel the character was close to me. But the emotions were,” Gainsbourg stresses in an eloquent accent that fuses her British and French background. (Her parents are Jane Birkin and Serge Gainsbourg). Wearing a T-shirt, little makeup and with her hair barely done, she exudes an effortless beauty that eludes Joe for most of the film.

While differences abound, the 42-year-old actress and singer confesses that she understands her character’s masochism. “It’s both humiliation and excitement. I had to go there. It was part of the deal, but it was also part of what I feel as a woman wanting to put yourself into such suffering. It’s something I do understand. Of course, it’s to such a degree,” she laughs gently in reference to scenes in “Volume 2” in which Joe seeks out an unusually sadistic man who savagely beats her. “It’s not my bum,” she playfully interjects as we talk about the scene. “And the vagina was not mine. It’s so strange because I did agree to everything. I knew what was going to happen. They even sent me pictures of the actress who was going to be me. It wasn’t a surprise, but still, to see the film and see yourself that close, you want to say, but that’s not me!”

Gainsbourg relates Joe’s masochism to acting. “I haven’t explored and put myself into that extreme experience, but I do understand the masochism. For me, there’s a little glimpse of that in acting. It’s very extreme to talk in that way but when you put yourself into emotions, you have to like the suffering a little bit,” she says with a slight smile. “Of course there’s pretense, but you do believe in what you’re expressing.” 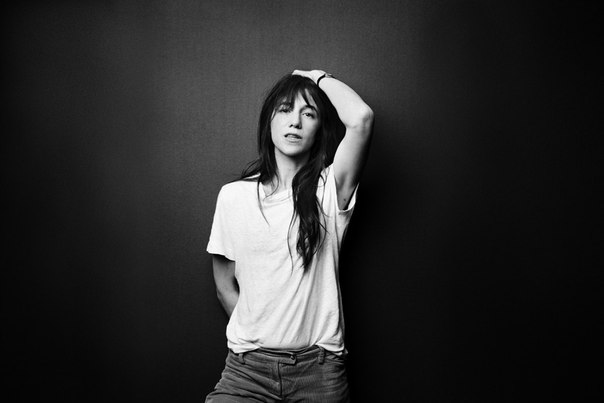 In contrast, there’s a graphic scene in which Joe performs oral sex on a man as an act of charity after destroying his life that Gainsbourg found difficult to embrace. “She’s proud of it,” Gainsbourg exclaims bewilderedly of the act. “It was a prosthetic, but still there was something humiliating about being shot that close. . . . It’s so intimate; there’s something very disturbing.”

Throughout shooting she tried to make sense of her conflicting feelings of trepidation and intrigue. “I wanted to be there and do those scenes. It’s quite chaotic in your mind because you don’t understand why you want to do this while understanding that everything is . . . not dangerous, but a bit nerve-racking.” 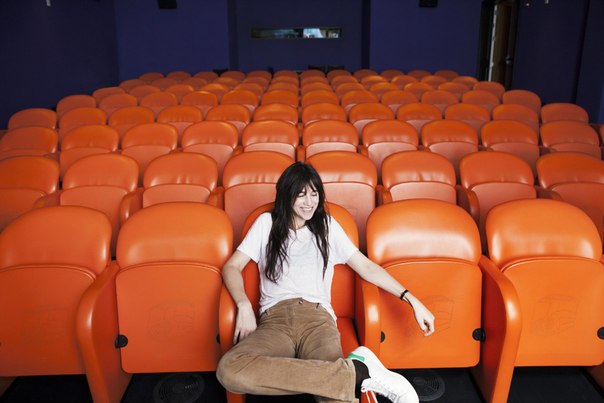 Gainsbourg has become a regular in the films of von Trier, a Danish avant-garde auteur whose films can be equally challenging and disturbing. She has appeared in his past three films, but it’s a collaboration that almost didn’t happen. Another actress was slated for her role in “Antichrist” but dropped out at the last moment. “They were all panicking because the start date was in a month,” she remembers. “I came up to Copenhagen, met with him quite briefly. He was asking questions about anxiety attacks, if I had been there. I felt so normal facing him. He seemed so troubled. Very troubled. I felt maybe as a reaction to his troubledness, I felt so normal and uninteresting.” 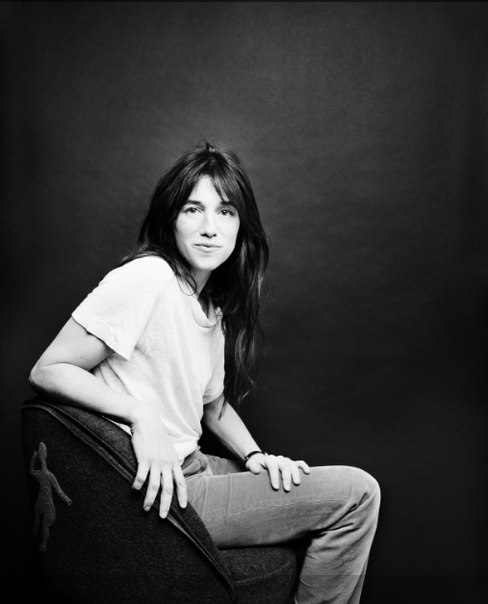 After the meeting she thought she’d never see von Trier again, so she was quite surprised when he called her to say she got the part. “I don’t know what he’d seen in me or what he knew of me. I don’t think he was familiar with my music, and I still don’t know, and now it’s part of the game.”

That game includes not asking questions. Before shooting 2011’s “Melancholia,” she arrived at his house with countless questions, but when he saw them scribbled in her script he excused himself for a nap. “If you want to have one yourself, you can go in the garden. There’s a lovely hammock,” he told her, she recounts. “Then he woke up for dinner, we went out, and that was the end of my questioning.”

If the man is clouded in mystery, his process is, too. Searching for an elusive vision, von Trier works by process of elimination, exhausting all possibilities until only the truth remains. “He pushes you in directions and tells you when he thinks you’re pretending, and that’s no good. That’s the only direction he gives me: ‘I don’t believe what you did, so do it again.’ It’s very exhilarating to work that way. You feel complete freedom because he doesn’t give you any indication before the first take. He lets you explore, and in a way, it’s nerve-racking. You know you’re not going to go in the right direction, and it’s going to be terrible, but you still have to push yourself to go there.”

It’s this style of working that made her say yes immediately when he offered her the “Nymphomaniac” role. She also didn’t hesitate when he asked her if she wanted to record a version of “Hey Joe” for the closing credits of the film after being unable to secure the rights to Jimi Hendrix’s iconic version of the song. She enlisted the help of Beck (who produced and wrote most of her revelatory 2010 album, “IRM”), and they recorded two versions. The first was a breathy seduction that dances around the song’s malaise. “Listening to it, I thought I’m not exploring the song enough and taking responsibility. I should try a stronger version. I was always doing it on my own in Paris and then Beck would work on it. He liked the first version better and Lars did too, so I had to agree that’s the one that was meant to be.”

As for the future, Gainsbourg is taking a break from films to work on a new album, this time with an emphasis on composing. “Beck always pushed me into writing as much as I could, but I always felt very uncomfortable. I would only come up with titles or subjects.” She also confesses ambitions to write a film or musical while admitting she not there yet creatively. “It’s this wonderful thing with music that I’m able to express myself. With (acting) I’m just a tool.”
Kompanek is a freelance writer.