Trending
You are at:Home»Mode & Beauté»Charlotte Gainsbourg: I Don’t Own A Birkin Bag ( Huffington Post)
By Aurélie M on 28 janvier 2010 Mode & Beauté 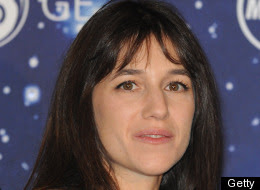 Actress Charlotte Gainsbourg sat down with Time Magazine to talk about her upcoming album IRM, her role in « Antichrist, » and growing up with two famous parents: French singer Serge Gainsbourg and British model Jane Birkin. She said, « When I was starting out, my mother made me very aware that you could have ups and downs. One day you’re acclaimed and the next day you’re booed. She taught me to never take anything for granted. »

But what about one of her mother’s major ups: the Hermes Birkin bag? Does Charlotte own one?

No. [Laughs.] It would be weird to have my mother’s bag. It’s so close to what she is and how she is. I’d have the impression I’d be copying. But it is a beautiful bag.

She also reflected on recording the song « Lemon Incest » with her father and her father’s attraction to provocation. At the time she didn’t see anything to be embarrassed about, and she still doesn’t.