The singer and actress on her famous parents, stage fright and working with Pete Doherty 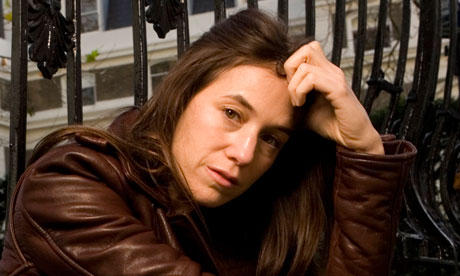 Charlotte Gainsbourg: ‘It’s normal to judge yourself and to be your worst critic.’
Photograph: Richard Saker for the Observer

For a performer who gets stage fright, making an album of mostly live recordings – the recently released Stage Whisper – might seem an odd choice. Were you consciously pushing yourself?

Always. I love to push myself, I find it exciting. The first time I performed live, I did a terrible show in Paris. It was a nightmare and I thought I’d never do it again.

Perhaps it was only you who thought it was terrible…

No, even my agent told me how dreadful it was. It was only with invited people, so they were there with their champagne glasses and I felt so judged. You could see it on my face; it was like a black tunnel I had to go through. But gradually I understood that I could get some pleasure out of performing live. What I hadn’t realised before is that people who come to see a show, they have paid for their tickets and they don’t hate you. I thought that I would be judged the way I judge myself, so that was a nice surprise.

Are you very hard on yourself?

Oh yeah. About everything. But it’s normal to judge yourself and to be your worst critic;, it keeps you in a kind of reality. I’m just trying to get better and I’m very slow, so it takes me a lot of time to improve.

Your mother, Jane Birkin, and your father, Serge Gainsbourg, were also nervous performers. How did they get over it?

They were very nervous, but they only started live shows when they were older – my father must have been 50, and my mother was 40, the same age as me now. So maybe we’re late starters. But once they started they were real performers. My father was a real showman. He was terrified and had to drink so much, but he still did it even with his fright. He was – in French you say pudique, which means that you are shy about yourself but it’s more than that. You are shy about your emotions, but your way of hiding it is to be completely over the top.

I don’t have that performing talent, but a film such as Antichrist was wonderful for me – to be able to push myself where I’d never been, and nobody expected that from me, apart from Lars von Trier.

You shot Antichrist shortly after surgery for a cerebral haemorrhage, following a waterskiing incident. Are you sure that was a good idea?

It was very helpful actually. Apart from the scene where I am strangled, because I thought that would make my head pop again. But I loved it. After the surgery, I had been really embarrassed about feeling so weak and not being able to cope with anything. I had always been proud of being quite courageous, a bit fearless; suddenly I was this different person.

You worked with von Trier again on last year’s Melancholia. Is it true that you have signed up for his next film too?

Yes. I haven’t read the script; I sort of had to commit to doing the film without reading it.

He has said it will be « hardcore pornography »…

You were sitting next to von Trier at that infamous press conference in Cannes where he said: « I understand Hitler. » Do you wish you had said something?

Yeah, I do wish I had reacted more. But I didn’t really understand what was going on and even in the room nobody reacted immediately – apart, perhaps, from Kirsten Dunst. I was just hoping for it to end and to run away. Of course I wish I’d said: « Stop it! » or: « You can’t say this », but I’m not the kind of person who speaks out like that.


You’ve just finished a film with Pete Doherty, Confession of a Child of the Century. When he was not facing charges for burglary [in Regensburg, Germany, subsequently not pursued], how was he to work with?

I know people think I’ll say he was like a musician or a rocker on the shoot but it wasn’t the case at all. It was a very normal shoot actually.

As someone who switches easily between acting and singing – do you have advice for him?

People get cross, but for me it has been easier because I started off doing both thanks to my father. I did « Lemon Incest » with him when I was 12 and the same year I did a film called Paroles et musique. But I’ve never thought of myself as being an actress or being a singer; I’m uncomfortable with both. I didn’t study to become an actress; it just happened when I was really young and then continued. I’m not a professional actress like Meryl Streep: she knows where she’s going. I never know where I’m going! If I’m good in a scene, it’s a miracle.

How would you feel about your children going into performing at the age you were?

It’s strange because my son is 14 now and when I was 12 I was off in Canada shooting those scenes for Paroles et musique. It was such a wonderful adventure for a child, really magical, but I would be so scared if he said: « Well, I’m off now. » Also the business has changed. I was able to be completely innocent, very unprofessional; today, it seems young actors are already really in the business. I was an amateur.

© 2012 Guardian News and Media Limited or its affiliated companies. All rights reserved.