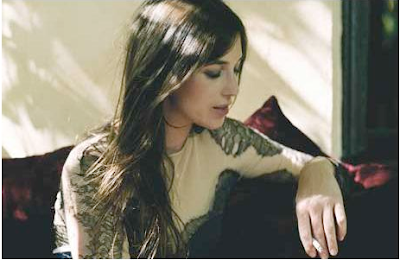 Charlotte Gainsbourg shifts from acting to singing as her latest album, IRM (MRI in French), comes out Tuesday, Dec. 8.

MONTREAL – If you were to draw a line from Serge Gainsbourg to Lars Von Trier to Beck, it would have to pass through Charlotte Gainsbourg.

At 38, the daughter of the legendary French crooner has been sketching out an impressive artistic existence for herself, without ever considering herself an artist.

She won best actress at Cannes this year for her role in Von Trier’s controversial new film Antichrist. On Tuesday, Dec. 8, she releases her third album, IRM (MRI in French), the result of a two-year collaboration with Beck.

Her last album was 2006’s 5:55, on which she worked with an array of people, including French electronica duo Air and Radiohead producer Nigel Godrich. Her first was 1986’s Charlotte Forever, recorded with her father, who died in 1991.

Gainsbourg laughed freely when asked if she was finally beginning to feel like a singer.

“Not at all,” she said. “I have a complex even about considering myself an actress. I’m beginning to assume it more. They are professions that you can learn on the spot – people say that – but there are schools. It’s a real craft.

“I can’t consider myself a singer. I hope I will (one day). It gives assurance, you feel protected, it validates your work. But for the moment, it’s more about exploration. I take it as a big opportunity to work with Beck.”

The two hit it off musically, experimenting with a wide range of sounds: from soft-swinging opener Master’s Hand to the funky-murky title track; pastoral hymn In the End; the jangly Heaven Can Wait; and a suspenseful cover of Quebec great Jean-Pierre Ferland’s Chat du café des artistes.

And that’s just in the first half of the album. Elsewhere, we get into ethereal lullaby, chunky dance floor groove, electro-pop, whispered blues and piano reverie.

“After the first session, it was already going in many directions,” Gainsbourg said. “He asked me what kind of sound I wanted, and it gave me anxiety. I had no idea what I wanted. I didn’t want to take away any possible experiences. I wanted to try everything. … I realized, in doing it, what I wanted.”

Beck wrote all the lyrics and music for the album, Gainsbourg is quick to point out. And yet the process was very interactive. The two exchanged ideas constantly and, as Beck brought her into the process, Gainsbourg felt herself coming out.

“The album has a very personal side,” she said. “Even if he wrote the lyrics, I was there all the time. We talked a lot. I showed him some of my inspirations, my experience. He understood what was important to me, what I wanted to express without knowing how. He put what I wanted to say into words.

“After a while, over such a long period, I got to know him. I could show him poems by Apollinaire. I was searching for things. I was la collectionneuse – he saw me with bags full of papers, notebooks, books. I was a bit panicked, wondering ‘What am I bringing (to the table)?’ To see him work, everything is so easy. He writes a song in a half-hour, saying ‘Go ahead.’ I tried (writing) for a year and a half, and I wasn’t happy. But he gave me the energy that made me involved.”

It was a far cry from the darkness and turmoil Gainsbourg was exploring on set with Von Trier. She had to switch gears for her trips to L.A., where she worked with Beck on his turf. And yet, though worlds apart, she found ways to fuse the two projects.

“The album doesn’t have anything to do with the film,” she said. “I would come back from the shoot with different baggage. It was so new, so extreme. It’s true, I was quite obsessed by the shoot – not the film, which it took me a long time to see, but the images, the experience of making it.

“There was something very tough – it amused me to tell Beck about the experience. It was something to be talked about. It was quite funny. It leaves traces. I have distinct impressions from each shoot. (Von Trier) is someone very exceptional. He has a way of working that is rare. It’s not classical. It made me discover a whole new method.

“It’s a bit sad to say to myself that I had that experience, but now it’s over.”

IRM is in stores Tuesday. To download the title track for free, check out Charlotte Gainsbourg’s site here. Antichrist is playing in French at the Beaubien cinema.