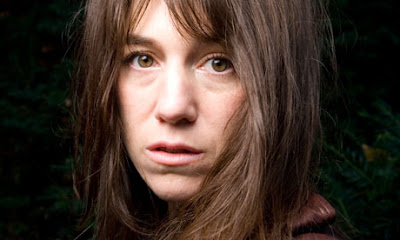 Charlotte Gainsbourg was born in 1971 and raised in Paris. Her mother is the English actor Jane Birkin; her father the late Serge Gainsbourg, the French composer, singer and actor. At 13, she made her musical debut duetting with her father on Lemon Incest, a song banned in several countries. At 15, she won a César award for her role in L’Effrontée. Her other films include The Science Of Sleep, I’m Not There, 21 Grams and Antichrist. She has collaborated with Beck on her latest album, IRM, and she performs at London Shepherd’s Bush Empire on Tuesday.

When were you happiest?
From the ages of one to nine.

What is your greatest fear?
Dying.

What is your earliest memory?
Being in Rue Verneuil, the street where my father had his house.

Which living person do you most admire?
Yvan, my husband.

What is the trait you most deplore in yourself?
Being sometimes so unopinionated.

What is the trait you most deplore in others?
Pretension.

What was your most embarrassing moment?
They happen all the time, and it’s always to do with toilets.

What is your most treasured possession?
Stuff that I carry on me, like a diamond necklace given to me by Claude Berri just before shooting with him on a film.

If you could bring something extinct back to life, what would you choose?
My youth.

What is your favourite smell?
Skin, but not everybody’s, obviously.

Cat or dog?
Dog. I dream about dogs, but Yvan doesn’t want a dog, so I have to accept that. I had a bull terrier a long time ago.

What is your guiltiest pleasure?
Sleeping in the morning.

What do you owe your parents?
Everything I am.

To whom would you most like to say sorry, and why?
In advance, to my children, when they have things to reproach me for. It hasn’t happened yet – they are only 12 and seven.

Who would you invite to your dream dinner party?
Ghosts. Yvan, my children and my father, because they never met.

What is the worst job you’ve done?
Photo shoots where I was very embarrassed and self-conscious. But there are worse things in life.

If you could edit your past, what would you change?
I like even bad things that happen, so I’m not sure I’d edit anything.

When did you last cry, and why?
I was irritated with myself after a rehearsal for the concerts.

What is the closest you’ve come to death?
I fell on my head when waterskiing in Miami in 2007, but I didn’t realise at the time what the accident did. There was a lot of blood in my head, which meant I could have died. A month and a half later, I had to go into surgery and get it fixed quick.

What keeps you awake at night?
I get insomnia quite easily, so very stupid things keep me awake.

What song would you like played at your funeral?
I couldn’t care less.

How would you like to be remembered?
Just by my children.