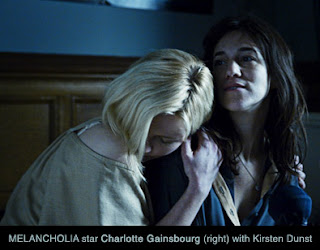 This week, the Francophone actress, indie-pop chanteuse, and spawn of Serge Gainsbourg and Jane Birkin releases a new double album, Stage Whisper, and stars in Lars von Trier’s latest art-house provocation, Melancholia. Here, a look at what Gainsbourg, 40, is consuming when she’s not creating.

Musical Obsession
« My boyfriend [actor-director Yvan Attal] gave me a record player, so I’ve been buying vinyls again. Dylan, the Mamas and the Papas, the Kinks. I love the ceremony of putting on the record, and there’s something less perfect about the sound that I like. It’s more . . . in French I’d say chaleureux. There’s more heat around it. »

Best-kept Dining Secret
« Room service at the Chateau Marmont. I stayed there when I did my last album with Beck. It has une âme—a soul. I’ve had everything on the menu. The cheeseburger is great. Oh, and the fried calamari! And they have something else that I imagine is very American, which we never have on room-service menus in France: cookies and a glass of milk. For me, it’s just completely exotic. »

Go-to App
« I really like Hipstamatic. It’s very easy to use and it makes pictures look very beautiful, old-fashioned, a bit seventies, like Polaroid. Well, actually, there’s nothing like a Polaroid, and I still use mine. But it’s really hard to find film. »

Book Everyone Should Read
« Journey to the End of Night by Louis-Ferdinand Céline. It was modern before its time, and it’s still modern today. Just the violence of his writing, his acid style. Still, there’s something weird about adoring his work and knowing what an asshole he was in real life. »

TV Mainstays
« I like the old stuff. I Love Lucy. My daughter can’t stop watching Bewitched, which was very famous in France. I can’t bear it anymore! We watch it with the French voices. The same with Scooby-Doo. »