Subterranean had the chance to sit down with Charlotte Gainsbourg for an interview recently and, instead of mucking it up ourselves, we asked our friend and fellow blogger The Playlist to take the task in hand. Enjoy his illuminating piece along with some exclusive photographs, shot in the MTV.com studio. 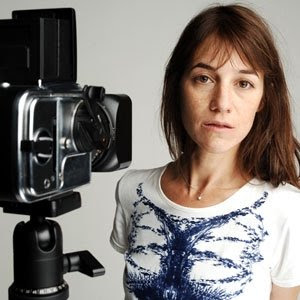 It took Charlotte Gainsbourg 20 years to put out another record. Her debut, made with her famous father — French cultural icon and gallivanting bon vivant Serge Gainsbourg — was recorded when she was all of 13 years old and traumatized pop music with the scandalous track, “Lemon Incest” (Google the song online, it’s positively creepy).

The daughter of French pop singer/actress Jane Birkin (yet another national touchstone), Gainsbourg focused on acting for most of her life and while North American audiences know her from Michel Gondry’s “Science of Sleep” and the film “21 Grams,” she’s appeared in over 30 films, has won two César Awards (the French equivalent of the Oscars), and has been acting since her teens. 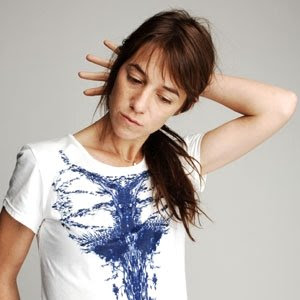 But it wasn’t just acting that took her away from music. It was the daunting spectre of her father who died in 1991. “After he died, I didn’t feel like I could make music with him anymore,” she told Subterranean last week.

After thinking about it for a decade plus (”Every two years or so labels would periodically ask if I wanted to make an album”), Gainsbourg met Radiohead producer Nigel Godrich backstage at one of their shows. An enthusiastic Godrich introduced her to atmospheric electro-rockers Air and the genesis of her album 5:55 was born.

More after the jump.

After enlisting the Divine Comedy’s Neil Hannon to write lyrics (he could only stay for a week and Gainsbourg was unsure about writing herself), the quartet turned to Gainsbourg-acolyte, Pulp frontman Jarvis Cocker.

While Air wrote the music and Cocker wrote the bulk of the lyrics, Gainsbourg would try and direct her collaborators by giving them cues, themes and abstract motifs.

Things like, “Dreams, the films ‘The Shining,’ ‘The Wizard of Oz;’ it’s always a mixture of childhood memories and life experience,” she said. “I don’t know what [Air] picked from the list of ideas I gave them. It was just in order for them to get an idea of what I had in my head. Very quickly we came to the idea of the night, that it would be sort of nocturnal — it would have that sort of atmosphere and from there it would be very easy to get into dreams.” 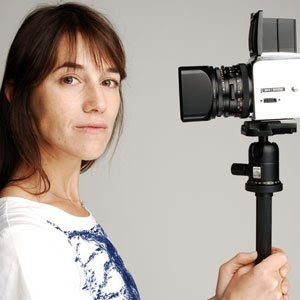 The resulting album, 5:55 and especially the first single, “The Songs That We Sing,” is an evocative swirl of both her parents’ music and woozy, late-night atmospherics.

What is she doing for an encore? Hold your breath, Gainsbourg works at her own thoughtful pace. “You wouldn’t t want to simply reproduce [5:55] and yet I don’t really want to work with anyone else. But we can’t really work all together again… those types of questions I don’t really want to answer. I just felt, I enjoyed the experience and its difficult to think how the next [album] would be as enjoyable. I didn’t have any pressure on my shoulders this one. I didn’t have a release date, I didn’t want to please anyone apart from myself and I don’t want to suddenly have those preoccupations.”

On screen, Gainsbourg can be seen next in the upcoming Todd Haynes biopic this fall (she plays Bob Dylan’s girlfriend Sarah in the late’60s/early ’70s Vietnam era). The film is divided into fragmented landscapes of Dylan’s life and multiple actors play the folk icon (Gainsbourg played alongside Dylan as Heath Ledger).

“It was such a big work; it was a pretty complicated script to read, but everything in Todd Haynes’ mind was unbelievable,” she said. “I’ve always admired him, but now that I’ve gotten to work with him and know him, it’s even better. He’s such a sweet man.” 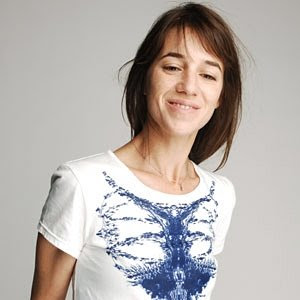 Don’t look for the introverted Gainsbourg to perform anytime soon either. She’s still working on her stage confidence and having only performed a handful of times, the singer doubts she’s going to take on a full-fledged tour. Indeed, a few days after this interview, Air performed in New York and Gainsbourg, also in town, opted not make a planned appearance onstage with her collaborators.

When Gainsbourg talked to our sister station at Urge and was asked to name some of her favorite artists, she name checked videos by Air, (”Playground Love”), Pulp (”Common People”), Bjork (“It’s Oh So Quiet”) and Radiohead (“There There”). Let’s hope we don’t have to wait another 20 years to hear from her again.