Tired of reading the same recommended books from the usual sources? Just think of our weekly What We’re Reading column as your non-committal book club with The FADER and some of your favorite bands. For this installment, the lovely and multi-talented singer and actress Charlotte Gainsbourg gives us her top picks. 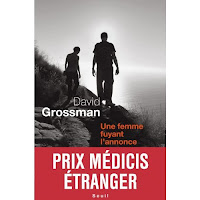 To The End of The Land by David Grossman: At the moment, I’m reading a book that’s quite wonderful. In French, it’s called Une femme fuyant l’annonce. It’s about a woman escaping… A woman who’s in Israel and she leaves her house before anyone can tell her that her son in the army is dead.

Laughing Gas by P.G. Wodehouse: My mother would read to my grandfather all the P.G. Wodehouse books. They’re really English, and it’s a very English humor that’s quite old and I really love it. There’s one in particular, Laughing Gas. They make me laugh, but at the same time, it reminds me of the way my mother would laugh aloud with her father. He was always sick, so he was always lying down or resting. This was in the ’80s. He died in ’91, so up until then, I could hear her read those. 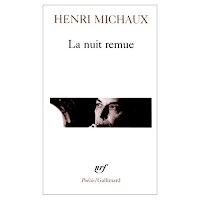 Darkness Moves by Henri Michaux: He’s wonderful. I think he wrote under drugs at the time, I think it was in the ’60s. He had many experiences and it’s a very wild way of writing. It’s his imaginary. It’s like hallucinations. It can be funny, but at the same time very poetic. There’s such a freedom in the writing. I read him when I was very very young, so it was such a discovery. That I’ll go back to and read again. It’s just a beautiful and free way of going deep into imagination. That’s the thing. I’ve never re-read books that I’ve been fond about. I know lots of people who re-read books, but I always feel like I’m behind, and I need to read things like Proust—I’m keeping it for my old age.

Journey to the End of the Night by Céline: This is another also that I was starting and couldn’t get into for years and years, and it was my father’s best author. I was really willing to read it, and it was Céline. I read it for the first time maybe five years ago, and it’s maybe the most powerful book I’ve ever read. It’s called Voyage au bout de la nuit. I started that maybe 20 years ago but would never go past page 50. Suddenly, five years ago, I was really into it and Mort à crédit, which is another really well-known one of his. My father recommended a few books, not a lot. One that I felt was so boring. His memoirs. It was about his wars, and I couldn’t read that. Other books were wonderful. It’s always difficult to read Céline because you know about his life, and you know about what a horrid man he was, but he’s such a genius, you can’t… You make a compromise. It’s a bit strange.